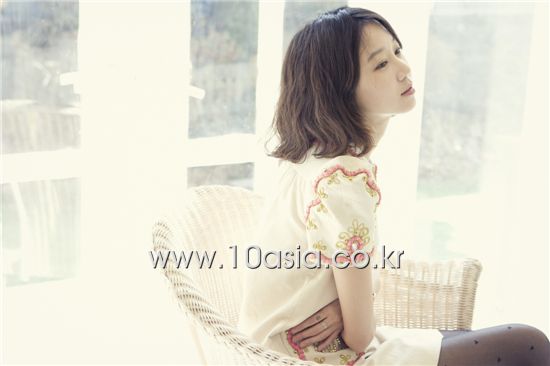 Actress Kong Hyo-jin's book it named after herself, showing that is how much she reveals herself in the publication. It explains things such as how she came to grow a puppy since living in Australia when she was young to how she sometimes is in conflict with her boyfriend. But the book is not about herself but rather about the environment. She talks about the environmental issues she thought of through her daily experiences. Or rather, you could say that the book takes a glimpse into Kong's life while handling environmental issues. Nonetheless, she constantly reveals her daily life and talks about herself in her book. Kong explained that she started to write the book out of concern of her job being an actress. 10Asia talked with the actress who has decided to talk about herself through stories of how to wash the dishes and throw away garbage rather than herself as a fashionista who sometimes designs her own shoes.


10: I think a lot of people are surprised that you have released a book on the environment. They probably thought you would've done something related to fashion because of your image.
Kong Hyo-jin: I needed time to think about myself. One of my jobs as an actress is to do interviews and when I do them, I get to organize a lot of the thoughts that are in my head and that’ll lead to times I’ll organize them completely, as if overturning my desk. And that’s how I came to decide that I should release a book like this. Actors in particular don’t have a workplace to go to everyday so we become bored or feel empty at times. It’s not like people are always looking for us. 10: It says in the foreword of the book that you started writing about environmental issues because of the concerns you have as an actress.
Kong: The simple reason is that because of my job, I go overseas often so I get to compare Korea with other countries a lot. It makes me sad to see Korea’s grey skies when I come back from countries where the air is clean because unclear air wears down people’s bodies and lose energy. So my body felt the affects of the environmental problems and another thing is that I have a lot of time to think random thoughts. (laugh) I have the time to take off the vinyl of laminated covers, grow flowers and own a dog. But the bigger reason is that it helped me overcome the sense of isolation I get from being an actor.

10: What sort of isolation do you feel?
Kong: Contrary to people’s understanding, actors don’t get to appear in the projects that they want to. Sometimes we do but sometimes we don’t. Sometimes there won’t be good projects, no matter how long we wait, and many times, the directors I want to work with will want to work with other actors. (laugh) It’s not like we can sit with our nose in the air and say, “I won’t do it.” That won’t be the end to the ordeal. That leads to quite a lot of situations where you’ll get alienated. And if on top of that I read bad comments about me on the Internet, I sometimes just want to die. So I needed things to look after and turn my attention to in such situations. I think I came to place plants and animals close to me after thinking what there is that would want me and that I could look after anytime. That’s also why I wrote the book. I wrote it for fun rather than having a particular reason for it. 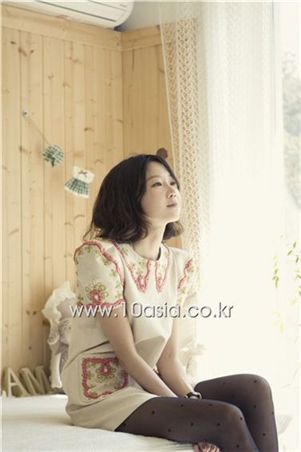 썝蹂몃낫湲 븘씠肄
10: So you’re saying you started thinking about the environment after looking after plants and your dog. I think you must’ve thought a lot about giving and receiving affection while writing your book.
Kong: I had been very sensitive. There are so many things for me to do in this world but I had been looking only at what’s right in front of me and reacted sensitively to people’s perception about me. There are things like Twitter now so if people see me doing something while I’m out, they can write about it real-time. And it could be a fun thing but it’s also true that I need to be more careful so I became more sensitive. That’s why I needed to do something that would reveal my true self. I’m also just not the type that is good at being secretive and less expressive. That’s why I wanted to do something that I could reveal my life the way it is while making me a more attractive person. 10: What do you mean make yourself attractive?
Kong: I had actually wanted to be a woman who people will think is a ‘bad woman,’ like Angelina Jolie. (laugh) But I came to realize I’m not that kind of person. I’m the one who talks the most and is sometimes the only one talking when I’m with other people. (laugh) I thought whether releasing a book like this would be fitting for my character. But I decided that it could be a good thing for me and a learning experience.

10: Well maybe that’s why but it seemed like you were thinking, “Do I have the right to say this?” a lot while writing the book.
Kong:What I really thought about a lot was whether I would be able to convince my readers of what I’m trying to tell them because we’re in different situations. I have time to look after plants and my dog, and I have my own space. But there are a lot of people who need to just rest when they get home from the work they have to do everyday so I felt that telling them, “Try raising a dog, try growing a plant” wouldn’t make sense. I was careful in writing a lot of things because I was taking my readers into consideration. (laugh) It wouldn’t make sense to write my book in a way that makes my lifestyle seem ordinary because I definitely don’t have a normal job. The good thing is that I made this book with a housewife and a female employee at a company who is slightly younger than me so I think we were able to come up with something that everyone could relate to.

10: The part where you talk about buying a fur coat was fun… the fact that you wrote so honestly about the experience while writing a book on the environment and how you described the entire process of how you were conflicted as well. It was to the point that I felt that you didn’t need to tell so much.
Kong: I couldn’t help it because it weighed on my conscience. (laugh) It’s not like I won’t wear that fur coat in the winter and I’m sure that someone who has read my book will see me wearing it. I’m ashamed of it but I’m only human so I felt it would be better to be honest and show people that I worry over similar things as them. I also made a lot of effort to cut down on spending on such things after going through that thought process and also think of whether I’ll use what I’m buying a lot. Before, I used to buy clothes thinking, ‘Who knows when I’ll come across something like this again?’ but now I just walk by thinking, ‘I’ll see this again if it’s meant to be.’ (laugh)

10: Is that why a lot of your book is focused on how you’ll spend on what?
Kong: I started on this book by talking about a lot of very small things with an environment expert who helped make the book. Things like how much water is used every time we brush our teeth and what the proper way is to wash dishes. And we reached the conclusion that we should start by not creating trash. That made me run out of steam though because it’s impossible to do that and no matter how well people separate their trash, there are still a lot of problems to recycling and disposing it. But the expert told me we still have to make efforts to create trash because that’ll improve the situation and there are new recycling technique being invented even at the moment we’re making our book.