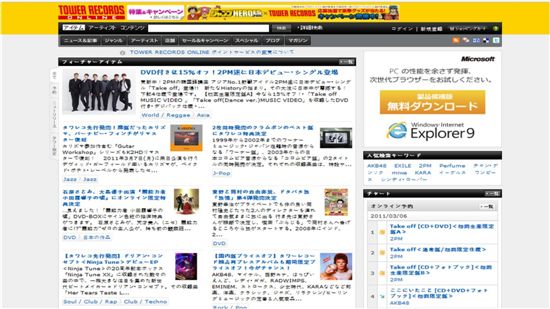 The website for Tower Records Japan showed that as of yesterday, the limited version A, regular version and limited version B of the six-member boy band’s Japanese debut single “Take Off” have ranked from No. 1 to 3, respectively, on its pre-order chart. Limited editions A and B have also ranked third and fifth on the pre-order chart of HMV, another major online music retailer in Japan as of today, respectively.

2PM had already enjoyed similar success in the country last year, seeing the tracks to their first DVD in Japan “Hottest” place from No.1 to 5 on Japan’s largest mobile music chart Recochoku, as well as securing first place on major music charts in the related category of Tower Records, HMV and the prestigious Oricon.

“We are simply overwhelmed by such interest and expectations and so we promise to work harder to make 2PM's activity in Japan a success,” the Japanese branch of JYPE was quoted as saying according to the statement. 2PM announced the official release date of their debut single “Take Off” during their participation in Tokyo Girls’ Collection (TGC) last Saturday whose title song has already been set as the ending theme song for Japanese TV animation “Blue Exorcist” which will go on air starting April 10.

Meanwhile the group is also set to release two new DVDs “ALL ABOUT 2PM” and “2PM 1t Concert in SEOUL ‘DON’T STOP CAN’T STOP,” both within this month.

The group is currently busy promoting their upcoming single album and also preparing for the Hallyu Concert organized by Korea’s public broadcasting network in Thailand scheduled for this coming Saturday.

Composed of members Nichkhun, Wooyoung, Junho, Chansung, Junsu and Taecyeon, 2PM has been one of the most popular boy bands in Korea since their debut in 2008, holding numerous hits under their belt including “10 out of 10,” “Again & Again,” “Only You” and “Heartbeat.” 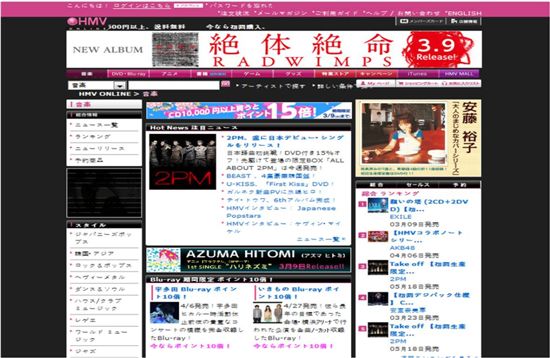