Smash hit KBS TV series "The Slave Hunters" will receive the most recognitions for its contribution to the 'Hallyu,' or Korean Wave, at this year's Seoul International Drama Awards (SDA).

The Seoul Drama Awards Organizing Committee announced through a press conference on Friday that the drama itself, its producer Gwak Jeong-hwan and the show's main star Jang Hyuk played the largest role in contributing to the spread of Korean content overseas. Lee Byung-hun, who played the main lead in last year's drama "IRIS," was also chosen for the honor while actresses Ko Hyun-jung and Han Hyo-joo will jointly be recognized for their roles in "Queen Seon-deok" and "Brilliant Legacy," respectively.

Kim Young-hyun and Park Sang-youn will be distinguished for their efforts as writers for "Queen Seon-deok."

The SDA, into its fifth year, established the 'Special Prizes for Korean Wave' segment for the first time this year, handing out honors in five categories including production, producer, writer, actor and actress. Among Korean dramas shown between April of last year to April this year and exported to more than ten countries, the committee drew up a short list composed of recommendations by the Corea Drama Production Association(CODA), Korean Television Actors Association, and Korean TV & Radio Writers Association.

The committee then produced its results based on a survey on close to five hundred foreign and domestic journalists, as well as foreign buyers.

The awards will be handed to the respective winners at the SDA ceremony on September 10.

The event will be part of eleven days of festivities which includes performances of drama soundtracks, a conference on international content and a forum on East Asian writers.

A total of 172 dramas from 43 countries submitted their entries to this year's SDA, the largest to date.

Separately, a popularity vote is currently underway online in which fans can pick their favorite Asian actor and actress through the websites of Yahoo! Korea, Japan, China and Taiwan.

The winners of their respective countries will claim their prizes at the awards ceremony next month. 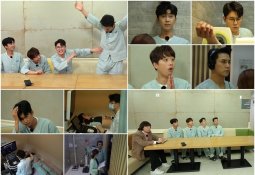