CNBLUE sees another sold out concert 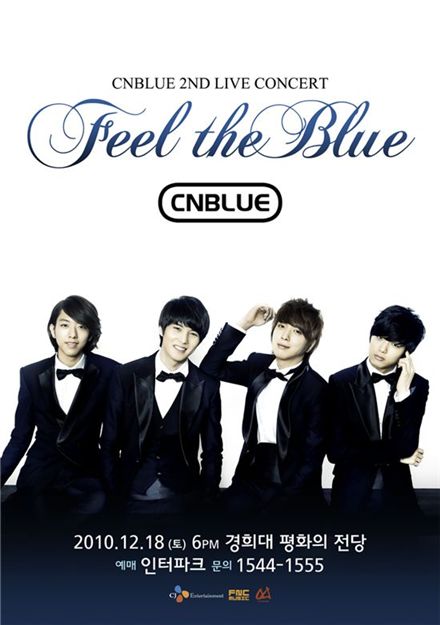 썝蹂몃낫湲 븘씠肄
Another one of Korean rock band CNBLUE's concerts have sold out, according to their agency FNC Music on Wednesday.

FNC stated in a press release that all 4,000 tickets for the group's second concert "Feel the BLUE" to be held on December 18 at the Grand Peace Palace at Seoul's Kyung Hee University, have been sold after going on sale yesterday. The four-member band, who began on a six-stop Asia tour in July, have also performed in sold-out concerts in Singapore and three shows in Japan.

Composed of members Yonghwa, Jonghyun, Jungshin and Minhyuk, CNBLUE made their official debut in Korea on January 14 with their mini-album "Bluetory" featuring their hit single "Alone" which topped various online and offline music charts.

They unveiled second mini-album "Bluelove" on May 19 which fared well in Korea and several weekly music charts in Taiwan. Outside of their music activities, the members of CNBLUE have appeared in dramas, variety shows and movies.

The group will be visiting Japan for their fan meeting to be held at the Tokyo International Forum tomorrow.