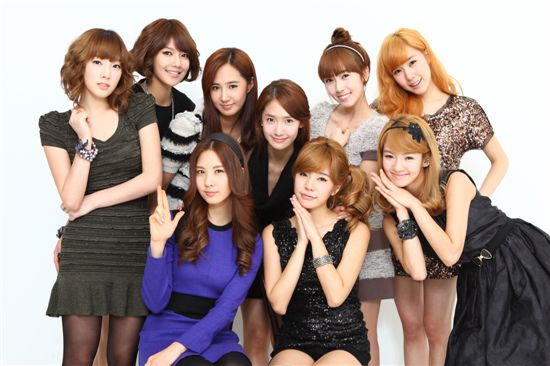 Girls' Generation's debut three years ago did not go unnoticed yet it could be called quiet compared to the feats they achieved in the years to follow -- 2009 in particular was a fruitful year for them, placing atop music charts for up to nine weeks straight with song "Gee" which was followed by "Genie" which also saw immense success, winning them multiple prizes at music festivals at the end of the year.

But the nine girls have recently proven they may have merely kicked off their singing career. After making a debut in Japan in August through a showcase attended by 22,000 fans, an unprecendented number for a newcomer foreign group, Girls' Generation has been making music history, breaking one record after another. Their debut single "Genie" placed fourth on the prestigious Oricon's weekly singles chart, selling the most copies of their song for foreign female artists including solo performers. They then became the first Korean girl group to rank No.1 on Oricon's daily singles chart after releasing their second single "Gee."

Back in their home country to promote Korean single "Hoot," Jessica, Seohyun, Sunny, Taeyeon, Yuri, Tiffany, Hyoyeon, Sooyoung and Yoona met with reporters on Monday to speak about their latest endeavors.


Q: You placed first on Oricon's singles chart. How did it feel?
Tiffany: We all cried. We were performing on stage when news came that we took third place with our first single "Genie" but we still all cried upon hearing about it. When we took No. 1, I woke up to a text message saying we got first place (laugh) and I cried as soon as I saw it. Q: Before, your seniors went to Japan with the mindset that they are starting their singing careers all over again. But you acted like pop stars from overseas from the very beginning. How have you been treated in Japan?
Hyoyeon: I think the Japanese people we have met are just naturally kind and polite rather than us having received any form of special treatment.
Tiffany: I think I've rather gone back to the mindset of when we debuted three years ago. And I've become more cautious as well. But I told myself I should have fun even though we're overseas.
Jessica: I was tearing up from the moment we held our showcase because I was so excited. I could hear our fans' cheering before going on stage so my heart was overflowing with joy from the fact that the venue was full.
Sooyoung: It was the first time Girls' Generation was making an official debut overseas and our seniors had done so well before us that we didn't want to tarnish their name. I think we also felt a heartrending emotion, as if we were saying, "We've been doing well so far. We've come this far." 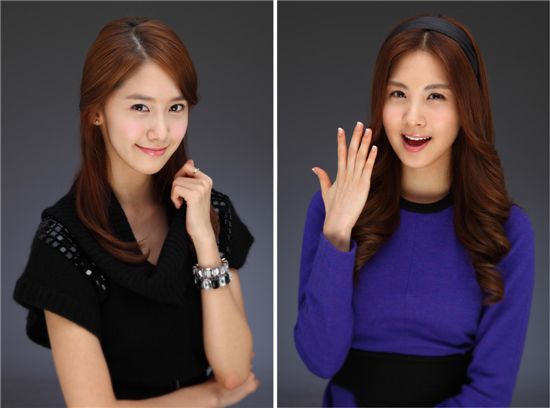 Q: What do you think is the reason you became the first girl group to top the chart? You haven't gone on that many television shows yet either.
Jessica: I think that in Japan, they're fascinated by the composition of our choreography. We're even asked, "How much do you need to practice to stand exactly in the shape of a v and in two lines?
Sooyoung: We were featured in NHK's news which we heard in itself is a social issue. We even heard that Korean girl groups are great at both singing and dancing and that even their fashion becomes talk of the town. So we can't let people down when they have such expectations of us. That's why we're happy but also felt that we need to practice more.

Q: Has the fact that you're popular sunk in yet?
Tiffany: Some people imitated our dance moves while taking a photo, not knowing I was next to them. I felt so proud.
Jessica: An old Japanese man asked if I'm Girls' Generation. And when I asked him how he knew, he said he saw me on the news. Sooyoung as well, in Shibuya...
Sooyoung: They didn't recognize me. (laugh) Well in Shibuya they actually recognized me. Some people said, "It's Sooyoung." But people didn't recognize me when I walked into a record store where there was even a huge poster of us stuck on the wall. (laugh)
Sunny: They wouldn't be able to compared to when you have make-up on. (laugh)

Q: In Japan, they call you 美脚 group (group with pretty legs). How do you feel about this?
Sooyoung: They're actually not that pretty (laugh) but we started being calling from a certain point on. At the same time, we're also a bit worried that our performances or singing will be noticed less because our legs are being pointed out. I once saw on TV that only our legs were shot and not our faces. (laugh)
Hyoyeon: We get a lot of questions asking how we take care of our legs. But we can't do anything in particular because we don't have time so we either do a lot of stretching or lower-body bathing. We each stretch in our own rooms. (laugh)

Q: What advice did BoA give you?
Tiffany: "I've done this for ten years already so it's your turn now." (laugh) But she also said, "I was alone but there's a lot of you so you won't have to worry." (laugh)
Sunny: And that we could be lonely, that things will be very different from Korea. We try to be careful because the language is different and we don't know a lot of things.
Hyoyeon: I think the language is the biggest problem. I study Japanese whenever I have time but it's difficult.
Sooyoung: It actually feels like we're on a school trip. We keep eating while carrying out our activities. (laugh)
Tiffany: And we play games.
Sooyoung: Taeyeon got us a nail dryer so we ask each other to do our nails. (laugh) There's a lot to heed attention to but we're trying to enjoy everything, as if we're on a trip, and that's been shown on television so I think people like how we come off as friendly and natural.

Q: You seem to have a lot of female fans in particular in Japan.
Taeyeon: Yes, we couldn't adjust to the screaming at first. I think a lot of our female Japanese fans think that we're cool and they want to try being like us.
Sunny: Watch out for what you say. In a Korean documentary about us, I had said, "I think we have a lot of middle-aged male fans in Korea and a lot of female fans in Japan." Then a female fan of ours in Korea posted up all the information she has of us on the Internet and wrote underneath, "Sunny, do you see this? (laugh) I felt so bad.
Taeyeon: The Japanese members of our staff were surprised because they said it's what is usually observed in male idol groups. And I think the reason that our middle-aged male fans stood out more was because artists usually mainly have female fans but we have middle-aged male fans.

Q: Speaking of female fans, Sooyoung, do you know that person? The person who screams in an extremely high pitch when you sing your part. (laugh)
Girls' Generation: We all know her. (laugh)
Jessica: Shouting! (laugh)
Sooyoung: She once came to one of our birthday parties. So as a joke I said I hadn't been able to pay her yet for her cheering this month. (laugh) I once laughed while singing my part because her cheering was so funny. I look forward to singing my parts these days because I wonder how much she'll cheer for me everytime. (laugh)

Q: She's probably clearing her throat as she reads this article right now. (laugh) I think though that "Hoot" in particular has appealed to a lot of female fans.
Sooyoung: A lot of people said our album this time around seems to be an album for our female fans. We wanted to portray a more confident woman in her 20s and Yuri's song is about how a woman feels one-sided love for a man which a lot of our female fans said they could relate to. 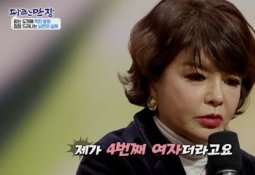