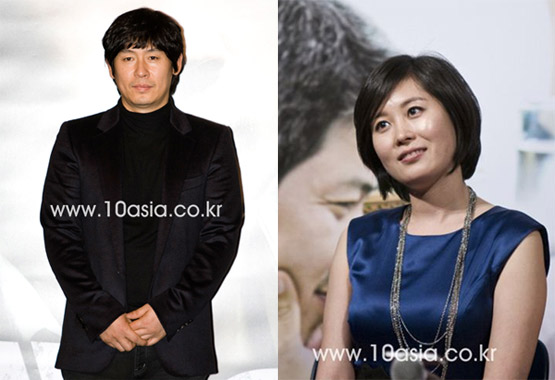 Actors Sul Kyung-gu, Moon Sori and Daniel Henney have been cast in a movie helmed by famed director Lee Myung-se.

According to a press release from the movie's producer JK Film on Friday, Sul will play a top secret agent named Chul-soo and Moon the role of his wife, Young-hee, who thinks her husband is an ordinary business in the film titled "Mister K" set to begin shooting in Thailand next month.

Henney is slated to play Sul's co-worker Lion who at one point is a suspect as one of the key persons to a terrorist organization.

Sul made his debut in 1993 through theater and has starred in numerous hit films such as "Peppermint Candy," "Silmido," "Oasis" and "No Mercy." His last work is pan-Asia omnibus picture "Camellia-Komome" and action pic "Tower."

Moon starred in a number of plays and short films before making her feature film debut in "Peppermint Candy." She then starred in Lee Chang-dong's "Oasis" which won her the best new actress award at the 2002 Venice Film Festival. She has since starred in "A Good Lawyer's Wife," "The President's Barber," "Bewitching Attaction" and lent her voice in cartoon "Leafie, A Hen Into the Wild." Born in Michigan to a Korean-American mother and an American father of British descent, Henney made his debut in the Korean entertainment business as a model. He is best known for appearing in MBC's TV series "My Name is Kim Sam Soon" and in KBS' "Fugitive: Plan B." He also had roles in Hollywod pic "X-Men Origins: Wolverine" and U.S drama "Three Rivers."