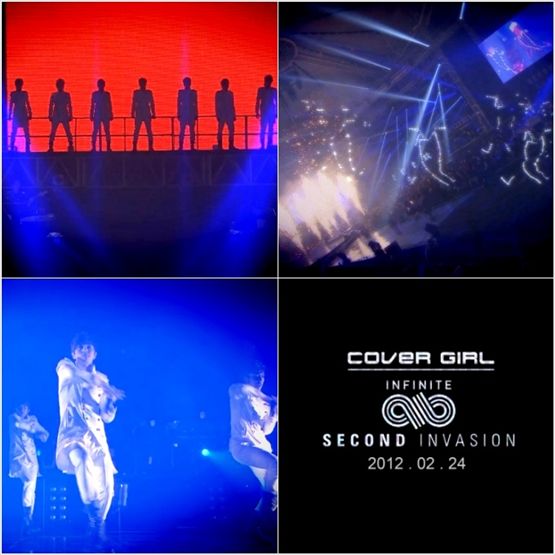 Korean boy band INFINITE will release a digital single of their song "Cover Girl" this week, according to the group's promoter Lune Communications.

On Wednesday, a rep with Lune spoke with 10Asia over the phone saying that the live version of their song "Cover Girl," which the group sang at their "SECOND INVASION" concert, will be released in digital format on February 24.

"A short teaser video for 'Cover Girl' was uploaded onto their official YouTube channel today and the full version will be unveiled on Friday," the official said, adding that the video will feature scenes from their concert which took place on February 11 and 12.

However, she explained that the group will not promote the song on any televised music programs.

In the meantime, INFINITE is preparing for the Japan leg of their "SECOND INVASION" concert this weekend while they will hold an encore performance in Seoul at the Olympic Stadium on April 1. ※ Any copying, republication or redistribution of 10Asia's content is expressly prohibited without prior consent of 10Asia. Copyright infringement is subject to criminal and civil penalties.