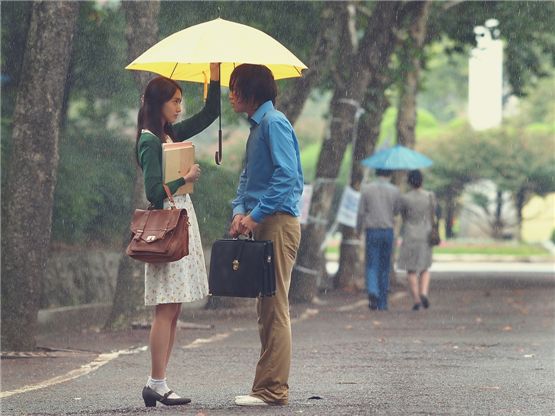 An upcoming TV series starring Hallyu star Jang Keun-suk and Girls' Generation Yoona has been presold to Japan ahead of its premiere in Korea, according to the show's promoter Tree J. Company.

The statement explained that the series will air overseas under the title "Loverain" and that several other countries have made inquiries regarding the rights for the show.

"We've had several countries show interest in the series during its planning stages since director Yoon Suk-ho, Jang Keun-suk and Yoona have signed onto it," an official with the production company was quoted as saying.

In "Love Rain," Jang plays Seo In-ha (Jang) who will do anything for the woman he loves named Kim Yoon-hee (Yoona) during the 1970s. The drama will compare that love to relationships during the present time. The upcoming series, scheduled to air in the country during the first half of next year, is a collaboration between famed director Yoon Suk-ho and scenarist Oh Soo-yeon who has worked on hit series "Autumn Tale" and "Winter Sonata."