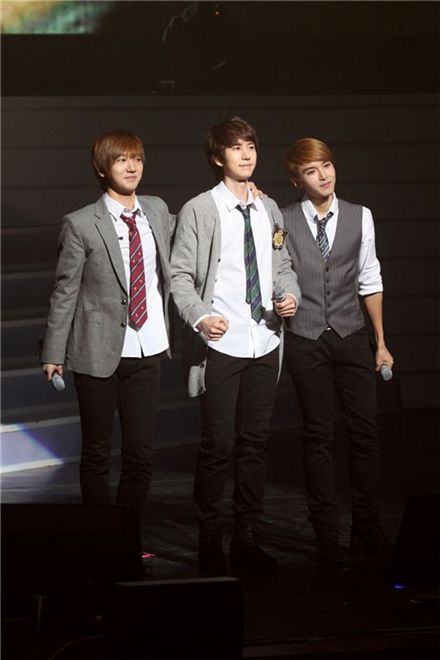 Super Junior-K.R.Y., sub-unit of popular idol group Super Junior, performed in front of 5,000 fans during their first concert in Korea over the weekend.

The trio kicked off the show with the R&B version of the group's popular tune "Sorry Sorry" followed by songs "Heartquake," "Coagulation," "Winter" and "In My Dream" from their third full-length album and 22 of their hit songs at Seoul's Woori Finance Art Hall in the Olympic Park on February 13.

"I never thought that we would hold a concert in Korea so we want to thank our fans since this concert was made possible due to their support and love," said the members of Super Junior-K.R.Y.

The concert continued with solo performances by Ryeowook singing song "Smile Again" from MBC's drama "Home Sweet Home" and "Blame it on the Girls" by British pop star Mika, Yesung took the stage for "It Has To Be You" from KBS' series "Sister of Cinderella" and "Waiting For You" from SBS' show "Paradise Farm," while Kyuhyun donned a sparkly blue track suit and gave his rendition of "That Man" and "Appear" from SBS' hit series "Secret Garden."

They have held a number of concerts in Japan and Taiwan last year and participated in the soundtracks for entertainment show dramas in the country. 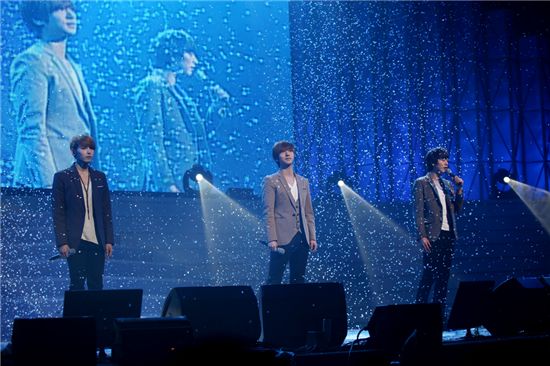