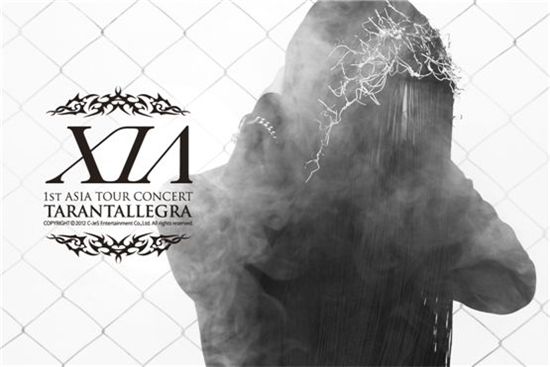 K-pop trio JYJ's member Kim Junsu is going solo this time, with his album going on pre-order sales this week.

"Xia," the title of his solo debut album, will be available for pre-order online and in record shops between May 4 and 11, according to his agency, C-JeS Entertainment on Monday.

While the record's due date has yet to be announced by the firm, C-JeS released a teaser poster today that shows the artist giving off a dark and gloomy vibe and donning a red cape.

To give a better look into "Xia" before its official drop, a teaser video and the album's jacket image are to be unveiled through its official YouTube channel and website on May 2 and May 4, respectively. In the meantime, the artist will launch his first official concert as a solo artist at Jamsil Stadium in Seoul on May 19 and 20.

He will then kick off his Asia tour to six cities in the region, starting with Thailand on May 27. All 3,000 tickets that were open during the first opening of ticket sales have been sold out in just ten minutes, the officials said.