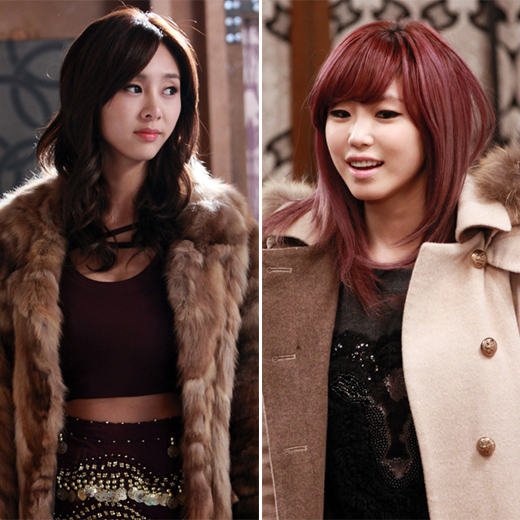 썝蹂몃낫湲 븘씠肄
Songstress G.NA and girl group Secret member Hyo-seong will make their small screen debut with an appearance in an SBS sitcom.

A press release from SBS announced on Thursday that G.NA will play a tarot card reader named Crystal and Hyo-seong will play her daughter Soo-yeon in the ten-part sitcom named "Salamander Guru and Gang" (translated title). "Salamander" tells the story of swindlers that capture a fortune teller in order to take over her job only to find out that they have a knack for telling people's fortune.

In the upcoming episode set to air tomorrow, Crystal sets up her tarot shop in front of Beom-kyu’s (played by actor Lee Byeong-jun) shop while Soo-yeon will give several clues to Min-hyuk (played by SHINee's Minho) to help him restore his memory about his childhood.

G.NA made her official debut in 2002 with the song “Wrongful Expectations,” for the soundtrack to MBC’s drama “Dangerous Man.” She is well-known for her songs "I'll Back Off" and “Black&White.” Hyo-seong is the leader for four-member girl group Secret who made their debut in 2009 with their single "I Want You Back." The girls are currently preparing to release their new Japanese single set to hit stores on February 29.