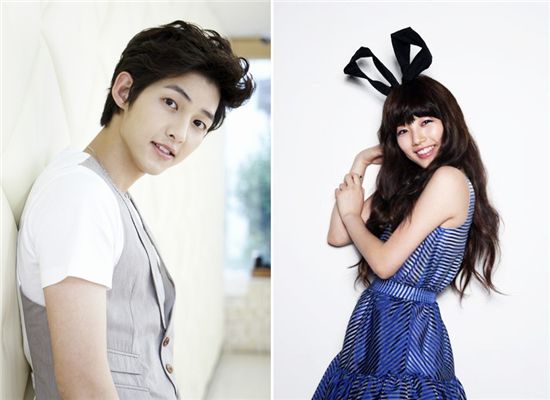 Actor Song Joong-ki and singer Bae Suzy from girl group miss A have been cast as the emcees for a summer music award, according to local entertainment firm CJ E&M.

CJ E&M revealed in its press release yesterday that Song and Bae will co-host cable music channel Mnet’s summer music award ceremony “20’s Choice,” set to take place at the River Park outdoor swimming pool of Seoul-Walkerhill Hotel on July 7. “We decided that Song, who has the bright, well-rounded image of the 20s is perfect for the role… as well as Suzy from miss A who received high marks by us for showing promise through other music programs.” an official on the production team of “20’s Choice” was quoted as saying in the statement.”

Suzy expressed her joy on hosting the show through her official Twitter account by writing, “I have become the emcee for '20’s Choice.' Thump-thump goes my heart. Wish me good luck,” along with a photo of herself.

Meanwhile, this year’s “20’s Choice” event, into its fifth year, will disclose the award categories and the candidates later today through Mnet’s own entertainment news and open up online venue (music.cyworld.com) which will allow people to vote. Song, 25, debuted in 2008 through TV series “Love Racing” and shot to stardom last year after starring in fusion history drama “SungKyunKwan Scandal” (KBS, 2010) where he appeared as a rich noble in 18th century Joseon (1392-1910).

Bae, 16, debuted as one of the four members to girl group miss A in July last year with "Bad Girl Good Girl" which swept numerous music charts for several weeks and followed it up with their second single album "Step Up" whose title track "Breathe" also proved to be a big hit.

She gained wider recognition nationwide after starring in a role in KBS teenage drama “Dream High” early this year which recorded the highest rating amongst shows in the same Monday and Tuesday primetime slot. 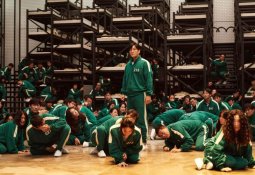