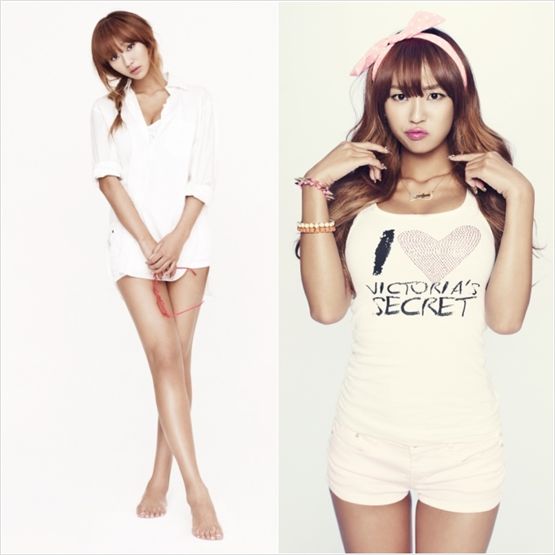 Girl group SISTAR is getting ready to heat up the summer season with their special album set to drop next week.

Starship Entertainment announced Friday that SISTAR's new album "LOVING U" will make its way to fans on June 28.

Along with the news of their special album, Starship has unveiled a teaser image of its member Hyolyn, donned only in a white shirt with bear shoes, which goes well with the image the group is pursuing for the next album.

Earlier this month, Starship's officials told 10Asia that their new songs will go well with the summer season and the girls are busy preparing for their comeback.

The special album will be the follow up to their first mini-album "ALONE," which has produced the hit title track of the same name and won several awards on televised music programs last month. SISTAR -- composed of Hyolyn, Soyou, Bora and Dasom -- released their debut single "Push Push" in 2010. The girls have since produced several hit songs such as "Shady Girl," "Ma Boy," "So Cool" and "ALONE."

Aside from their group activities, the girls have been appearing on various televised programs and have expanded their careers into acting as well.