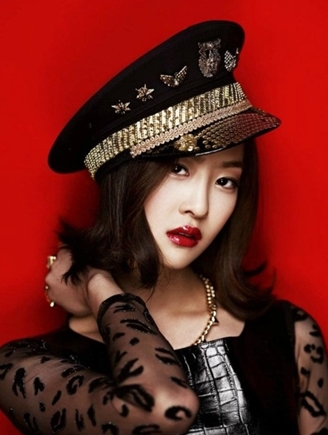 Korean idol Dasom of girl group SISTAR may make her acting debut with a role in an upcoming daily sitcom.

"Dasom has been offered to play a high school student in KBS' new sitcom titled 'Shut Up Family' (tentative title)," an official from Dasom's agency, Starship Entertainment, told 10Asia on Monday. "However, nothing has been finalized and we are still working out the details with the production company right now," the rep added.

"Shut Up Family," the follow-up series to the current daily sitcom "Sent From Heaven," will show small and big events happening between a wealthy family and a poor family living under the same roof.

The 120-series was originally scheduled to begin its air in July. However, to avoid a fierce competition against programs airing the 2012 London Olympics, which will open for two weeks and two days starting July 28, the series has been pushed back to air sometime in August. Dasom made her singing debut as a part of SISTAR in 2010. The girls have since produced several hit songs, such as "Shady Girl," "So Cool" and "Push Push."