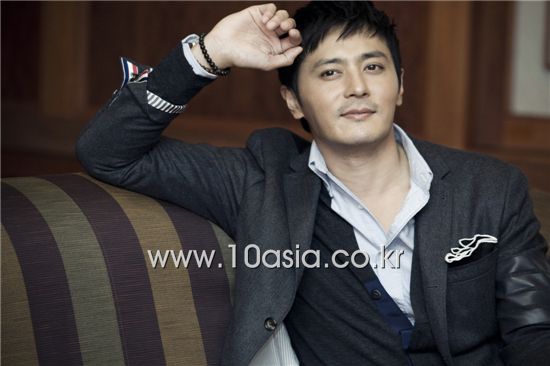 Throughout a time span of three years, the title to Jang Dong-gun's upcoming Hollywood debut film changed from "Sand Warrior" to "Laundry Warrior" and to the current "The Warrior's Way." And during that time, Jang silently waited for the film to wrap up post-production and set a distributor. That is even more so why fans and industry have been curious to how he feels about the movie whose release date has finally been set for December 2 but to him, "The Warrior's Way" was more about how well he fulfills his duties as an actor representing Korea rather than his excitement over the film being released in Hollywood. Below are excerpts from the press interview held after the screening for the film set for a release on December 2.


10: Have you read any of the reviews that people have posted on the Internet of "The Warrior's Way" after watching it at the screening?
Jang Dong-gun: Not all of them but I heard people's opinion on it is split. (laugh) I did expect the movie to somewhat appeal only to certain tastes because it doesn't deliver any particular message or show the meaning to life. I even thought some people may not like it. My wife joked that she thought I'd had a hard time filming the action sequences but that it rather looks like I had fun dating (Kate Bosworth). (laugh)

10: Your swordsman skills in the movie was impressive. For how long did you practice?
Jang: For six months but it's actually closer to four because I got hurt midway. And I'm supposed to be Asia's best warrior but not one that displays fancy skills like actors Jet Li and Donnie Yen do in their movies. I paid more attention to making my character look more classy, even if he may swing his sword once, to show that he's someone with a lot of experience.

10: Wasn't it hard playing your part in English?
Jang: I did have an easier time because my character just doesn't talk a lot to start with. (laugh) And I had a coach for my pronunciation but I was taught how to pronounce my words in accordance to my character being a warrior from the East, not so that I would speak in an accent that would be easy for Americans to understand. So everyday, I would practice my swordsman skills in the day and my lines in the evening. It wouldn't make sense if I couldn't pull off my lines when I've been given six months. (laugh)

10: The movie was in post-production for over two years so it must feel different to watch your acting from back then.
Jang: I do think I look younger back then. (laugh) But I see some things that I'm embarrassed about and where I could have done better. Of course, it's not to the extent that it feels like I'm watching a TV series I shot when I was in my twenties, but there are scenes I feel I would have played my part differently if I were given the chance to shoot it again now. Both myself and the audience have waited a long time for the movie to be released but I was told we didn't wait that long for a movie that hasn't been shot by a Hollywood studio. 10: You'll be taking your first step into Hollywood with this movie. Do you think the end-product that you see has been worth the long wait?
Jang: The movie had originally been targeted at a specific audience. But we couldn't do that once the movie got bigger from increased investment. It became a film which is less deep but can appeal to a wider audience. I'm not saying that's bad. (laugh) It's just that there are some things which ended up being different from what I had originally expected. It would have been even better if the movie had a higher degree of completion but I'm satisfied with the product in general. And my character has pretty much stayed the same from who he was in the original script.

10: When you say that it was a film that a specific audience would have liked, are you saying it was supposed to me more cruel and maniac?
Jang: That's right. I thought of Robert Rodriguez and Quentin Tarantino's movies when I talked to the director for the first time after receiving the script for the movie. I felt that it would be extremely unique. Extremely cruel but not too dark. I think those parts have been diminished a lot.

10: Asian actors are usually seen as the ones who play roles in action movies but in "The Warrior's Way," the element of romance is just as important as the action.
Jang: In the U.S., Asian actors are usually perceived as 'action actors.' I want to be seen as an actor who is not only good at the action sequences but rather as an actor who can 'also' pull off action sequences and someone who can play various types of characters. After filming the kissing scene with Kate, I heard that it's rare that an Asian actor would shoot such a scene with a mainstream Hollywood actress. So I feel that I've taken a step towards expanding the range of characters Asian actors can play. 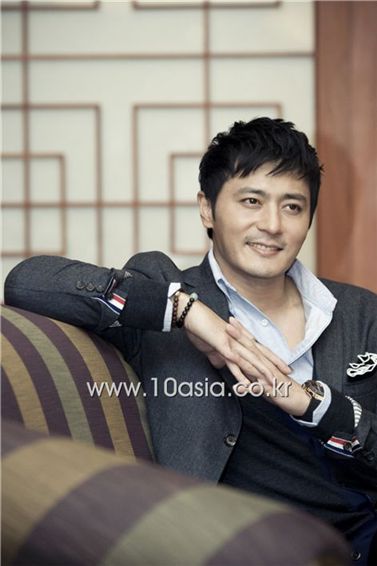 10: You must've been approached by several filmmakers in Hollywood other than this. What are some of the roles you would like to try playing in a Hollywood movie?
Jang: There are some roles I've been offered that I'm embarrassed to speak about. (laugh) Movies where I'd take some kind of shot and suddenly turn into Superman. (laugh) Roles I want to play... I've realized that from a certain point on, I haven't shot a film wearing normal clothes in a city. (all laugh) So if I get to play such a role, I'm confident I'd be able to do it well.

10: You're a new actor in the U.S. but at the height of your popularity in Korea. Even the Internet is flooded with rumors of your son who is not even six months old.
Jang: I think you enjoy popularity suiting your age. I can't expect to be popular like idol stars are at my age. (laugh) I want to stay an actor for a long time but you need popularity to be proud about the job. Popularity is something that your fans will give you but can also take away just as easily. The support of the Korean audience is what served as the basis to me being cast for this film as well. That's why I always feel grateful to my fans. It's the same with people's interest in my child. I sometimes am stressed over the pressure and think that it's good he doesn't know about the situation he's in. But what can you do about it. Both me and my wife agree that we have to accept it to a certain extent. We'll have to control it. (laugh)

10: Lastly, any words of advice to other Asian actors who are thinking of expanding their career into Hollywood?
Jang: Well, this is what I think rather than it being advice. Some people may think it's significant that I'm branching out to a market overseas but the biggest reason this movie has to do well for me is that it was made as an equal joint production -- Hollywood bought a plan by Korea. Up till now, they've had Asian actors play easy roles appear in their movies to target Asian markets but I think this movie has set the environment in which we can tell the story that we want. that's the strength this system has and if this can serve as a good example, such forms of collaborations will increase.