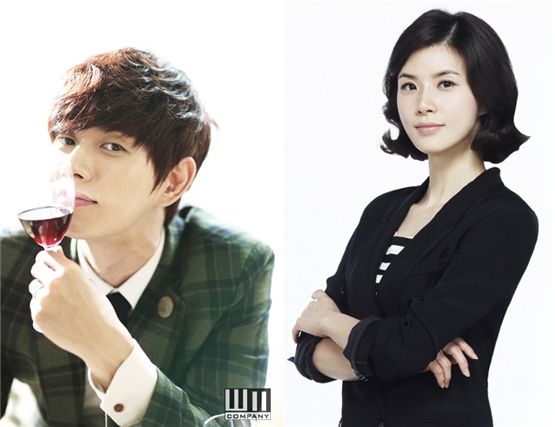 Korean actor Park Hae-jin will play the twin brother to actress Lee Bo-young in an upcoming KBS weekend series, revealed both their agencies on Monday.

PR officials from both their agencies told the magazine in a phone interview that they will play twin siblings in the new drama tentatively titled, "My Daughter Seo-young" set to air on September 15 as the follow up series to “My Husband Got a Family.”

"My Daughter Seo-young," led by director Yoo Hyun-gi whose works include "Master of Study" (KBS, 2010) and "Brain" (KBS, 2011)," will tell the story of how Lee's character tries to climb the social ladder, while Park will try to help her rekindle her broken relationship with their father (played by actor Chun Ho-jin).

The reps added that Park and Lee attended the first script reading for the series last week with other cast mates, Lee Sang-yoon and Park Jung-ah, while they will soon begin shooting.

Park became a household name in Korea after appearing in KBS' 2006 hit series "Famous Princesses." He has since focused on his career overseas by starring in several TV series and releasing singles in China and Japan. Meanwhile, he is waiting for the release of his big screen debut flick "Snow Sea," where he plays Sang-woo, who is an optimistic and decisive swimmer-turned-diver of an aquarium.

Lee began her career as a model and was also the face of Asiana Airlines in 2000. She later expanded her to acting in 2003.