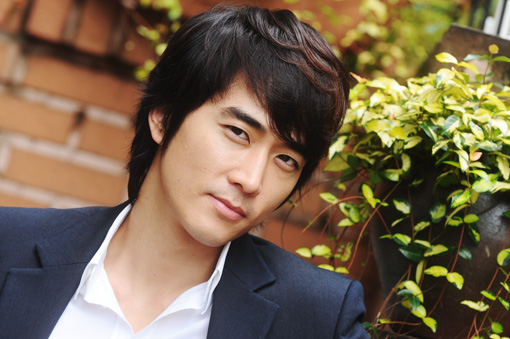 Korean actor Song Seung-heon will take his short film to an upcoming meet-and-greet in Japan to introduce it to his fans there later this month.

According to various Japanese media outlets on Thursday, Song will hold two sets of his fan meeting titled, "Song Seung-heon Japan Fan meeting 2012-Lucid Dreaming," at the Makuhari Messe in Chiba, Japan on May 15.

Song's 30-minute-long melodrama "Lucid Dreaming," helmed by director Chang of 2008 feature "Death Bell," was shot particularly for his fans in China and Japan.

The reports stated that K-pop boy band BEAST will be in attendance to perform at the event as well as his agency labelmate and actor Jo Hyun-jae.

He is currently shooting MBC's upcoming series "Dr. Jin" (tentative title) due out on May 26, alongside actress Park Min-young and JYJ member Kim Jae-joong.