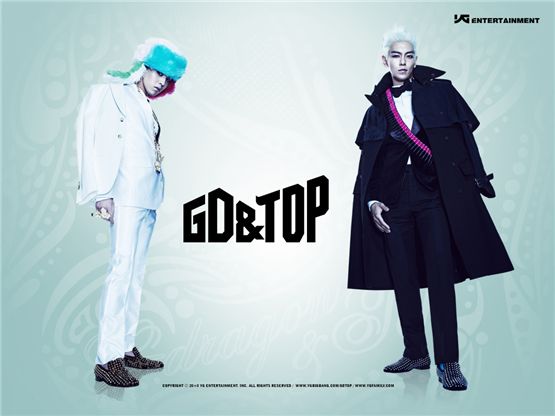 An upcoming Japanese unit album by Big Bang’s G-Dragon and T.O.P has been cancelled, according to Japanese record label AVEX on Friday.

AVEX stated on Big Bang's official Japanese website, "We have halted the production of GD&TOP's single 'OH YEAH,' scheduled for release on November 9, because member G-Dragon was charged for smoking marijuana." The two's album was set to be carried out under YGEX, established jointly by the boys' Korean agency YG Entertainment and AVEX in July, aimed at managing the activities of YG artists in Japan.

However, G-Dragon made headlines earlier this week after getting caught for smoking the drug although prosecutors suspended indictment on the singer since it was his first offence and he smoked an amount which was under punishable levels.

The 23-year-old singer himself confessed that he smoked the drug in Japan after a concert in mid-May. He tested positive in July. "Even though the incident occurred in May, before YG Entertainment and AVEX joined together as YGEX in July, we decided to cancel the album's release due to the social repercussions by the Japanese society on the matter of illegal drug usage."

G-Dragon, whose real name is Kwon Ji-young, is the leader of his highly popular five-member boy band who were discovered and trained by YG Entertainment.

G-Dragon and T.O.P came together for the first time last year to form their duo which saw their album receive much favorable response from fans in Korea.