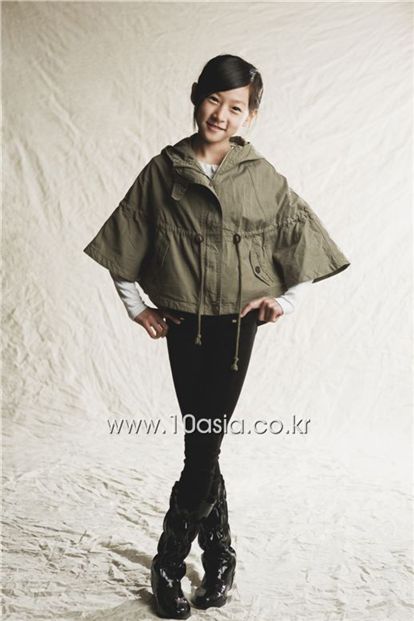 My name is Kim Sae-ron.
I was born on July 31, 2000. I'm in fifth grade at Miyang Elementary School.
Ten years old and eight years old are the ages of my two younger sisters. Their names are Ah-ron and Ye-ron. They have slightly different personalities -- the second is very cheerful and cute while the youngest is very honest. I think that's what is attractive about her.
I have thought that it'd be nice to have older siblings but I can't have them anyway. And I think it's easier for me to relate to my younger sisters than I would have with younger brothers if I had them because I think brothers would keep saying, "No sister, why are you like that?" and we'd have trouble understanding each other. But with sisters, I get what they're saying.
I used to have three hamsters but two died so I only have one left now. I like dogs and cats as well but I'm worried that they might die if I don't give them enough attention from being busy with shoots so I don't have those yet.
Only the scenes I was in for "The Man from Nowhere" were the ones I got to watch on the monitor. But I actually don't get why I can't watch all of it. There weren't any fighting or scary things in my scenes. After So-mi and the man meet in the end? Um... Does the man have to go to the police?
With Won Bin, I still keep in touch from time to time. He'll text message me and ask things like, "How is school going?" (Then how do you respond?) That it's going well.
I call guys who are younger than my mom 'oppa' [Korean term females use to refer to older males] but they're 'ajusshi' [Korean term females use to refer to old men]. If they're older than my aunt, I call them uncle. But my mom is young so there are actually quite a lot of ajusshis around me. If they're older than my dad, I still call them dad.
After becoming a fifth grader I have six classes everyday. It's quite tough but I like my school and schoolwork is fun so it's okay. I like math, science and social studies in particular. We recently learned how to do reduction of a fraction to its lowest terms and reduction of a fraction to its common denominator. We're now learning to add and subtract big fractions.
I recently ran the 1,000-meter run for performance evaluation but I mistakenly ran an extra lap so I won just a notebook instead of first place. I can win when I run relays.
Our school is going on a spring picnic in a few days but I won't be able to go because I have a shoot. I'm the only one out of 110 students who won't be going. They'll be doing a lot of fun things like making pottery but I somehow always end up having to go to shoots when we go on field trips and retreats. And the weird thing is that I'll have a lot of homework on the days that I don't have shoots.
And everytime I go to Lotte World, it rains. I like to go on scary rides so I always go on the Viking at least ten times but the rides outside, such as the Jairo Drop and Jairo Swing are much more fun. I wasn't able to go on them when I was younger because I didn't pass the height limit yet although I can ride them now, I haven't been able to because of the rain.
I like to cook. I first set the table with what's in the fridge when my mom got sick once and after that, I started to come to cook after slowly chopping and boiling things. I can make kimchi stew, bean paste stew, cookies and cakes even for visitors when they come. I'm going to try making puddings next time.
Becoming pretty is not something I've thought of before. I also don't think I've ever thought I'm ugly. This is how I came out. And with height, I'll grow if I do and won't if I'm not meant to. I can't force myself to grow.
I'd like to play more cheerful roles from now on. I've played only gloomy characters so far but I need to play all sorts of roles to act. Yet at the same time, I also think I shouldn't be picky. I should do my best with the role I've been given to play.
I still lack experience and I'm young so I respect all actors and singers. I want to become like Ko Hyun-jung and I like Sul Kyung-gu and Jung Bo-suck. (Quietly says) I like SHINee as well. 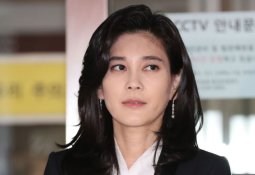