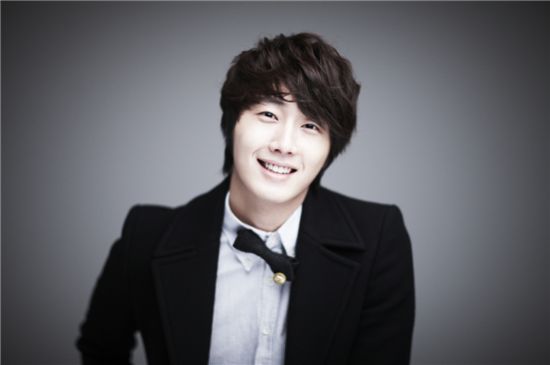 Korean actor Jung Il-woo will reveal his singing abilities for the first time ever, taking part in the soundtrack for his SBS' TV series "49 Days."

On Tuesday, his agency N.O.A Entertainment announced in a press release that Jung will sing the song whose translated title is "Puppet" which will be unveiled on various online music charts on March 30 and revealed on the sixth episode of "49 Days."

"I was worried at first since Jung's body and bronchial tubes are in bad shape," Kim Won the song producer for "Puppet" was quoted as saying, "But Jung practiced a lot and made rapid improvements so we finished recording the song in a few days."

After making a debut in 2006 with a movie role, Jung became popular in Korea, Japan and China through MBC's sitcom "High Kick!" and TV series "The Return of Iljimae.”

Jung is currently starring in SBS' Wednesday and Thursday show "49 Days" as The Scheduler alongside actresses Lee Yo-won and Nam Gyu-ri. ※ Any copying, republication or redistribution of 10Asia's content is expressly prohibited without prior consent of 10Asia. Copyright infringement is subject to criminal and civil penalties.