※ explorer 11, Microsoft 엣지 44 이상의 버전에서 이용 가능합니다.
인쇄하기 스크랩 RSS
폰트축소 폰트확대
Good new for those of you who are having a hard time forgetting Song Sam-dong from KBS TV series "Dream High" -- actor Kim Soo-hyun who played the role says he is too. And it is something he had expected to happen. Kim spoke in the provincial dialect, smiled the smile he put on in front of his crush Hye-mi and put forth ambitious reponses like Sam-dong did during his interview with "10Asia." So what is this young 23-year-old man, who has started on his path of becoming the all-around actor he dreams of, now thinking of? 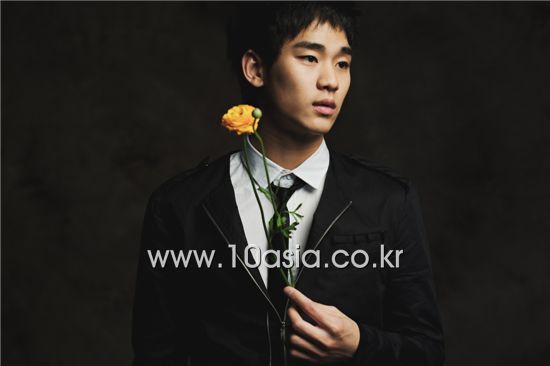 썝蹂몃낫湲 븘씠肄
10: It's been almost two weeks since you finished filming "Dream High." How have you been?
Kim Soo-hyun: What I did first was sleep a lot! I think it's because relaxed but I slept 14 hours straight, without waking up even once. I also met up with my friends and watched movie "Black Swan." I've been recommending it to everyone I meet these days. 10: What about it was so moving that you've been recommending it?
Kim: It's a very venomous movie. Ballerinas compete fiercely and it's scary in a way but how main character Nina (Natalie Portman) is so fierce is moving in a way. I still remember how she was obsessed psychologically and I cried from when her performance started. But I realized after a while that I was the only one crying so I thought, 'Why isn't anyone else crying?' (claps hand) Oh, I wasn't going to talk about movies... (laugh) Anyway, I'm hoping everyone will watch it.

10: I think appearing in "Dream High" must have been meaningful experience to you in that you got to play the main character from start to finish instead of playing someone's younger version. How has the experience been now that you look back on it?
Kim: I don't have any regrets but there are things I wish I had done a better job of. I felt relieved the moment we were done shooting but I thought of all sorts of things after that. I felt that I like in many ways in regards to my singing and dancing, and about my acting as well. I don't have any regrets since I did my best but I ended up feeling that I lacked in expressing the things I had wanted to. 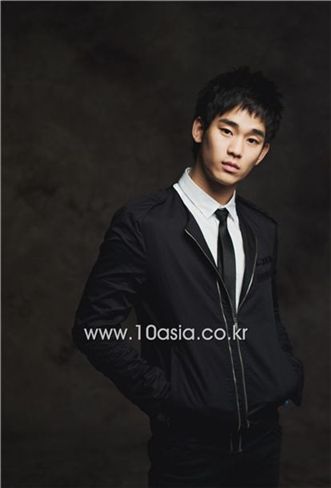 썝蹂몃낫湲 븘씠肄
10: I heard that at the audition for "Dream High," you confidently told judges that you want to become K.
Kim: (laugh) I did. I was very greedy about this drama. My goal is to become an all-around actor so I felt that I'd be able to show much more potential if I do a good job of pulling off my role in this drama where I'd get to show singing and dancing on stage as well as do ensembles with other actors my age. That's why I wanted to become K. 10: Kang-jin that you played in SBS' "Will it Snow for Christmas?" and Sam-dong in "Dream High" were both guys that were pure-hearted to the extent they were unrealistic. And it's up to the actor to convince viewers of such characters so what was your approach you took?
Kim: I think I'm somehow, just like that. An actor who always plays the guy with a crush. (laugh) And just as Hye-mi starts opening her heart, the drama ended. Maybe that's why I'm sad to see it end? Anyway, I tried to arouse people's maternal instincts when I'm expressing such emotions. I shed tears and I wanted to make people feel so sorry for him that they'd want to hug him tight.

10: How was it acting with people your own age for "Dream High" after acting mostly with seniors in previous works?
Kim: I think the synergy I got to create with them was just great. Although it was cold, we didn't get to sleep a lot and we tired out over time, it was good because we were all of similar ages. And I was pressured about having to dance and sing, on top of acting, but I think I was able to resolve a lot of those concerns because I had them with me. For example, Suzy is young and it was her first time acting so I'm sure she must've had a harder time than anyone else but she always looked cheerful and acted mature. You find out what the other person is like when you act with them and that's what I liked about her.

10: I think there must've been vibes that can be created for certain scenes only by you becoming actual friends with the cast.
Kim: It's not like we had known each other for a long time or shared secrets but from a certain point on, it felt like I was very comfortable with them. It was quite amazing. I felt that many times when just talking to them and ad-libs would come out quite easily when in shoots.

10: On set and both in behind-the-scenes footage, it seems like you really hit it off with Taecyeon in particular. Are there any ad-libs you remember doing with him in particular?
Kim: Well actually... Most of them were remarks that couldn't go out on the show. (laugh) For example, when Hye-mi decides she'll leave for the U.S. with her dad, there was a scene where Sam-dong confesses how he feels for her. "You, can't you not leave? Can't you just stay? What am I supposed to do if you leave like this?" And this is where my line is supposed to end. But I added an extra word in. "... Jin-gook." (laugh) Like so, there were a lot of ad-libs where Jin-gook and Sam-dong confessed their feelings for each other. And that made the set more fun. 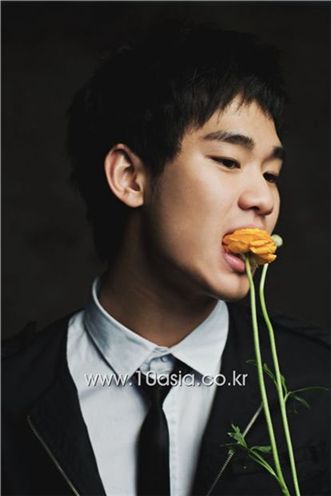 썝蹂몃낫湲 븘씠肄
10: How was it standing on stage with the remainder of the cast for "Dream High" who are actual members of idol groups?
Kim: Well the first thing was that I'd get scared if there are scenes I have to go on stage for because of the singing and dancing. But the other actors, they'd repeat after choreography as soon as they were taught them. I felt it was amazing they could do that and wondered how much they would've had to practice to become that good. No wonder it's said they move on 'killer schedules.' And Taecyeon, he's already big but he'd looked even bigger when he goes on stage. (laugh) They were just so good on stage that I wished I could just take the level of experience they have away from them.

10: But you can't just take it from them so you must've had to catch up with them in a short period of time. (laugh)
Kim: That's why I was disheartened. I was disheartened and intimidated but it was also they who led me. Taecyeon constantly showed me the choreography so that I could learn it and Wooyoung (playing Jason) encouraged me, saying I'd do great and I was scared for no reason. And the thing is, he was right because I had memorized all the moves but I just couldn't get my arms to move and raise them above my chest once I actually had to do the dance! (laugh)

10: You had to speak in a provincial dialect as well which people said you pulled off very naturally. How did you practice it? It couldn't have been easy to get used to it in a short period of time.
Kim: The first thing I did was to always speak in a dialect for months. And what I had to say was on paper so based on that, I talked to and listened to a lot of people from Daegu, Busan, Jinju and Kimhae. I also practiced as much as I can based on visual and auditory reference I got from movies "Haeundae" and "Bloody Tie." The thing is, I ended up mixing up all the dialects from the Gyeongsang Province so the dialect that Sam-dong speaks in has no roots. (laugh)