Ji-sung made the remark at a press conference for upcoming MBC TV series "Royal Family" in Seoul on Thursday in response to a reporter asking how the two are doing.

"We're doing well. You'd say we've broken up if I don't say this, right?" the actor said with a smile of his relationship with Lee who is two years younger than him.

He then added, "I don't know what'll happen to our relationship but I just don't want to talk about my personal life in detail. Please regard us as individual actors."

When asked what advice Lee gave Ji-sung on his upcoming show, the actor remarked, "We don't concern ourselves with each other's work. All she told me was to work hard and do well." "Royal Family," also starring actress Yum Jung-ah, tells of life of a woman named Kim In-sook (Yum) who lives a turbulent life from when she enters the household of a conglomerate till she becomes the head of it.

Ji-sung will play the role of Han Ji-hoon who will overcome his underprivileged childhood and become a competent prosecutor. He will join JK Group and sacrifice his all to help Kim become the head of the conglomerate because he considers her his savior.

"Royal Family" will go on air every Wednesdays and Thursdays at 9:55 p.m. starting March 2. 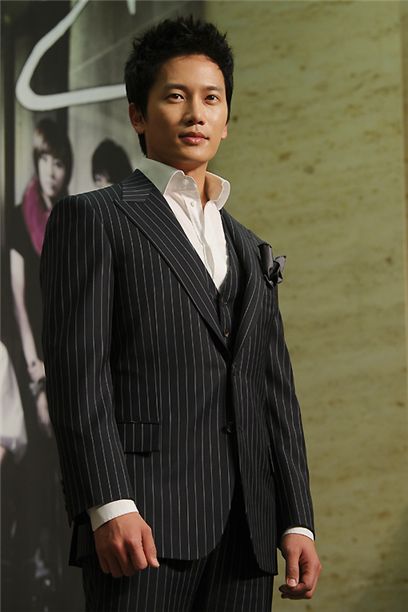