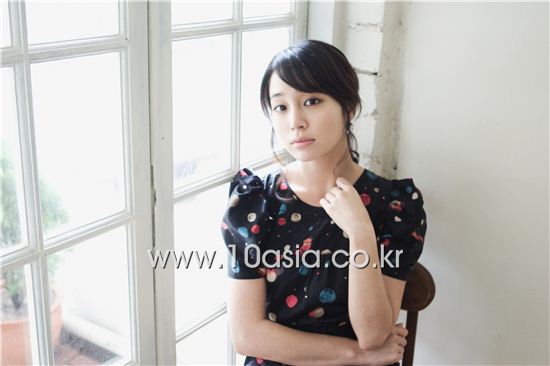 10: Do you still feel like you're a rookie?
Lee: I haven't done that many films or dramas yet and I'm now into about my fifth year into acting so aren't I still a rookie?

10: Then what do you think about the popularity you currently have as a rookie?
Lee: Hmm... There has been a time period during which the public didn't know me so I don't think I'm the sort that became a star in a day. I think I took one step at a time. Although "Boys Over Flowers" helped me to take about two steps up. 10: Will "Cyrano Agency" do the same for you as well?
Lee: (laugh) That would be great.

10: Like you said yourself, you have a filmography which contains quite a diverse range of works. It's just that it seems those steps you took, which were below the surface, popped up one day quite suddenly.
Lee: That's true but I don't feel that it's unfair. Every actor goes through such a period. Lee Min-ho has played a big screen role where he dies as soon as he makes an appearance. You're bound to see your friends do well while you're playing minor or supporting roles. And I don't think it's necessary to parade those experiences or time periods. It's not like you say 'I came here because I didn't make it into the other company' when you join a new company. (laugh)

10: Do you think such experiences have made you stronger?
Lee: Yes. I have cried a lot and considered quitting many times. But in a way, I think there's a time when you overcome all that. The agency I was at before I joined "Boys Over Flowers" went bankrupt. So I was in a state where I was just tired and couldn't do anything. Then I met the CEO at my current agency and I was thinking I would give it another shot when I was handed "Boys Over Flowers." It helped me get back on my feet, so that I could run my next round by the time I was tired from the previous round. And it happened to work out well for me so it definitely helped people recognize me more. From then on, it became extremely easy to choose a role or take one on. That's when I realized, 'Ah, so this is why I kept failing in the past.' There's an advantage to having people recognize your name and face. Even if you may think you want to become not a star but an actor, I think the relationship between the two is quite indefinite. You don't get roles just because you're a star but if you're thinking you just want to be an actor, then you may not be able to take on any roles till you die. 10: So you're saying that you can't just do one but then it must be important to protect yourself to avoid becoming oppressed by the star status you may achieve whether it be through this movie or future works.
Lee: I think so too. I have actually thought about whether this work fits me or not. Because if you're going to be in this industry, you have to be picky, lie to people a lot, and tell people I am a such and such person, but I'm not good at that. I just speak honestly and what's good is just good. Even when someone recognizes me on the street, it's not a natural thing, I think 'oh,' but I guess I should instead politely say hello. They are things I might have to be working on to do this work but it's very hard.

10: When you appeared on MBC variety show "Come Play" and said it's nice to see how Lee Ha-neul enjoys himself even though he is in his fourties, I wonder if you had the desire to feel that as well.
Lee: It's because I though there was nothing that seems more happy than seeing a singer enjoy him or herself on stage. No matter how hard I try to enjoy myself, I'm sure it becomes more difficult to as the after evaluation becomes tougher. But I think Lee Ha-neul, or just DJ DOC in general, are very good at it. I don't think I'd be able to show as much energy from passion. I recently shot a TV commercial for a Korean liquor with them and we shot it overnight but it was extremely fun rather than difficult.

10: Then are you enjoying yourself right now?
Lee: I just feel great right now. I feel like I'm just doing what I've been doing for a while now, although I'm sometimes taken aback when someone says, "Wow, you've done this much?" but I'm a bit excited because people have been saying good things about our upcoming movie. I find it hard to fall asleep when I go home. 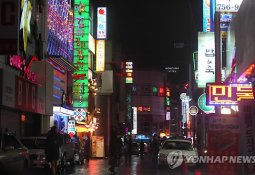