After School to make comeback with Christmas album 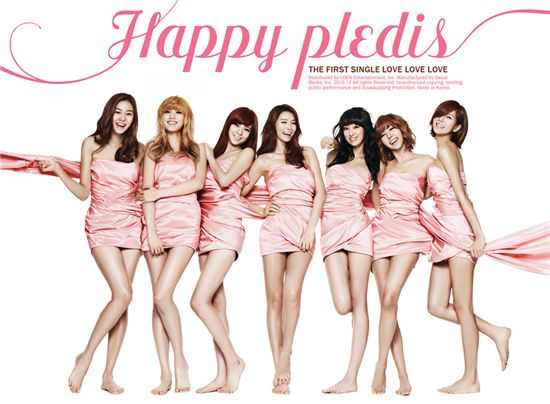 Korean female idols After School will make a comeback to the local music scene with a Christmas album next week.

A press release from their agency Pledis announced on Wednesday that under the event titled "Happy Pledis," aimed at returning the support Pledis' artists have received from fans, the members of After School will release the "HAPPY PLEDIS The 1st Album" on December 7.

"The songs from the upcoming album fall in line with the holiday season," an official from Pledis was quoted as saying, adding that proceeds from album sales will be donated to foundation Save the Children.

Pledis singers Son Dambi and After School sub-unit Orange Caramel will also take part in the cause, releasing Christmas albums at dates thereafter.

The official then explained that After School member Beka will not take part in the album since she is taking a break from group activities for two to three months. Composed of other members Juyeon, Kahi, NaNa, Jjung-ah, Lizzie, Raina and U-ie, After School made their debut in January 2009 with dance tune "Ah" from their first single album "New Schoolgirl."