Jung Woo-sung, E Ji-ah believed to have broken up 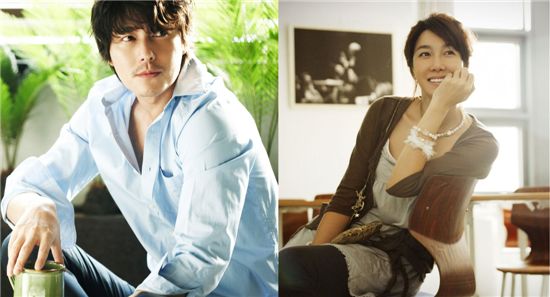 Celebrity couple Jung Woo-sung and E Ji-ah are said to have split up, according to a source familiar with the two on Thursday.

A source close to the matter told 10Asia on condition of anonymity that "they've decided to break up for each other but do not want to announce this officially." The co-stars of SBS TV series "Athena" had admitted to dating in March but their relationship had been up in the air after E's married and divorced past with top Korean rocker Seo Taiji became exposed to the public the following month.

Jung, having been unaware of E's past, was seemingly rattled hard by the news -- he cancelled his birthday party that came shortly after, on one occasion was spotted fully drunk at a restaurant and also flew to Korea's southern island of Jeju to "cool his head."

However, representatives for both stars could not confirm the current status of the two's relationship, saying it is "a personal matter." Taurus Films, managing Jung, said they "are not well informed on that matter" and E's agency KEYEAST responded, "We can't check on that right now because it's a personal issue but it'll probably get revealed naturally if it were true."

Nonetheless, Jung has continued with his official activities thereafter, meeting with his fans in Japan over the weekend and wrapping up filming for Japanese drama "Good Life."

E, who has stayed out of public view, is awaiting the fourth hearing for her ongoing legal battle with Seo in which she is demanding 500 million won in alimony and a five billion won share of his assets for their divorce in 2006, nine years after their secretive marriage.

E actually decided to drop the suit in late April, four months after she first filed for action, but Seo rejected it, saying he will see to the end of the matter so that it does not recur. 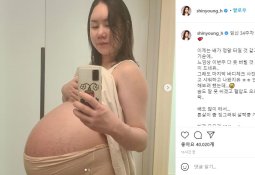