※ explorer 11, Microsoft 엣지 44 이상의 버전에서 이용 가능합니다.
인쇄하기 스크랩 RSS
폰트축소 폰트확대
South Korean actor Park Yong-ha was found dead at his home on Thursday after committing suicide by hanging himself with the cord of a camcorder charger. He was 32. Park is the latest in a series of suicides by top entertainers first spurred by actress Lee Eun-ju in 2005.

Following is a chronological list of some of the stars of the small and big screen who took their own life. * Lee Eun-ju, actress, 24. February 22, 2005. The star of hit films including "Tae Guk Gi: The Brotherhood of War" and "The Scarlet Letter" hanged herself in the walk-in closet of her apartment. Friends and family said she had suffered from severe depression.

* U-Nee, singer and actress, 25. January 21, 2007. U-Nee, a second stage name for Heo Yoon who debuted at the age of 17 under the stage name Lee Hye-ryeon until she pursued a singing career, hanged herself from a door frame in her house. Her mother testified she had suffered from depression. She had also been a target of frequent harsh criticism on the Internet.

* Jung Da-bin, actress, 26. February 10, 2007. Born Jung Hye-seon, the star of TV series "Attic Cat" and sitcom "Nonstop 3," was found dead in the bathroom of her boyfriend's house where she was staying at the time, with a towel wrapped around her neck. Her online blog entries indicated she has suffered from depression. * Ahn Jae-hwan, actor, 36. September 8, 2008 (date body was discovered). The husband of comedienne Jung Sun-hee was found in his car several days after his death, believed to have committed suicide with toxic fumes as briguette ash was found inside the vehicle. Observers assumed multiple business failures heading for bankruptcy and a hefty sum of debts had driven the actor to take his life.

* Choi Jin-sil, actress, 39. October 2, 2008. An iconic actress in the country with two decades of acting career under her belt, Choi was found dead by her mother at her home with an elastic band around her neck tied to a shower stall. She had suffered from depression since her 2004 divorce from then baseball player Cho Sung-min. She is presumed to have come under greater stress amid rumors circulating on the Internet that she was involved in the suicide of fellow actor Ahn Jae-hwan.

* Jang Ja-yeon, model and actress, 29. March 7, 2009. Jang hanged herself on the stairs of her two-story house just as she started to gain fame while appearing in smash hit TV series "Boys Over Flowers." A seven-page suicide note revealed she had been forced by her former agents to provide sexual favors to several high-profile entertainment figures and journalists. Prosecutors carried out a four-month long probe into the accused but left only her former agents indicted.

* Kim Daul, model, 20. November 19, 2009. The top model, picked as NY Magazines Top 10 Models to Watch in 2008, committed suicide while pursuing her model career in France. She had walked the runways of many of the world's most highly-esteemed fashion brands including Chanel, Vivienne Westwood and Bottega Veneta.

* Choi Jin-young, singer and actor, 39. March 29, 2010. The younger brother of late actress Choi Jin-sil who also took her own life, was found dead at his home after having suffered from his sister's death.

* Park Yong-ha, singer and actor, 32. June 30, 2010. Park's mother discovered Park dead in his room. Police announced the actor took his own life on impulse after drinking from stress over his father's illness and having to juggle his business and entertainment career. 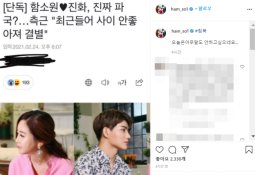