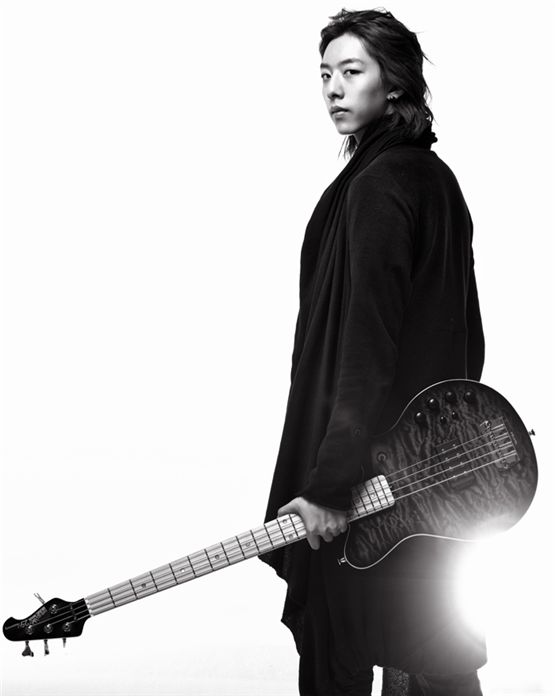 CNBLUE member Lee Jung-shin holds a guitar in his hand for the musician's profile picture posted on the band's official website. [FNC Entertainment]

CNBLUE’s bassist and rapper Lee Jung-shin has made a remark that launching his acting career felt more nervous than debuting as CNBLUE.

Lee shared his thoughts on making his acting debut in KBS “My Daughter Seo-young[tentative title]," during the drama's press conference opened at Seoul's Palace Hotel, South Korea, on September 11.

“Playing in a rock band requires the members' perfect ensemble. So I think acting is similar to performing in a band. What I have to do is to fit myself into my TV character,” the rookie actor said, adding his thoughts of portraying a problematic teenager.

However, Lee quickly confessed he felt more nervous being cast in the weekend TV series than when he made his debut as a member of CNBLUE.

“So I'm receiving much help from other teammates. Kang Min-hyuk teaches me the names of special cameras used for dramas, while Jung Yong-hwa checks me practicing the lines on the script," Lee added. "My Daughter Seo-young," helmed by director Yoo Hyun-gi of "Brain" (KBS, 2011), will focus on the love and hate relationship of a father [played by actor Chun Ho-jin] and a daughter [played by Lee Bo-young].

The story begins showing the two's broken relationship, but later they reunite with the help of her twin brother [played by Park Hae-jin].