On September 6, the main cast members of "My Daughter Seo-young" [translated title] were spotted on the show's set in Seoul, where they held a religious ritual before airing the series on KBS, according to PR company Bliss Media’s press release Friday.

The drama's two families--one with twins Lee Bo-young and Park Hae-jin; the other with brother and sister actor Lee Sang-yoon, actress Park Jung-ah, and Lee Jung-shin--bowed in turn and showed a strong teamwork, the officials added.

Led by director Yoo Hyun-gi of "Brain" (KBS, 2011), the family drama will circle around the touching story of a father [played by actor Chun Ho-jin] and a daughter [played by Lee Bo-yeong], who were in broken relationship but later reunite with the help of her twin brother [played by Park Hae-jin].

As the follow-up to KBS weekend family drama "My Husband Got a Family," the new TV series will air in the weekend prime time slot beginning September 15. 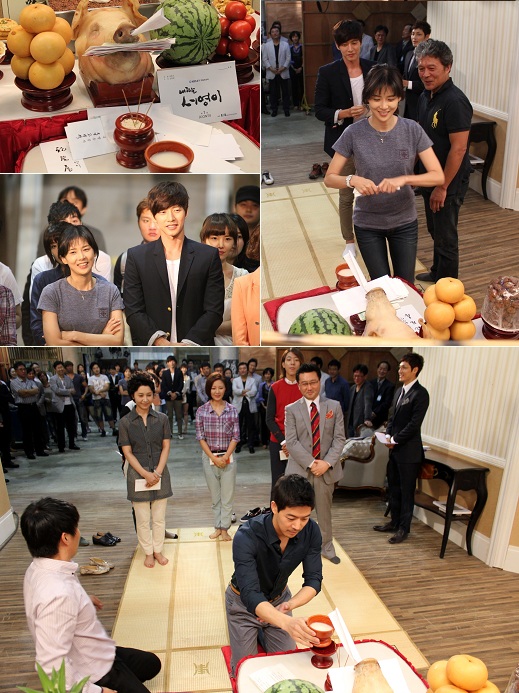