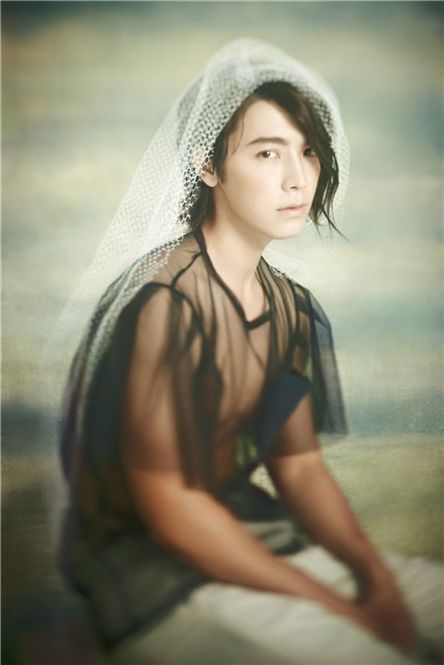 Top Korean idol group Super Junior's Donghae has revealed a dreamy photo himself, which has been taken for the group's upcoming album.

The firm hinted about Donghae's new look for the upcoming album slated to hit stores on July 4, by showing him donned in a black mesh shirt with a white veil over his head.

Raising curiosity and anticipation for the group's release in 11 months, SM revealed a teaser of Eunhyuk yesterday and will unveil the rest of the members in order.

The group's last release in the country is the fifth full-length album "Mr. Simple," dropped in August of last year. The boys then followed it up with the repackaged version of it the following month. Super Junior has been solidifying themselves as one of the most popular K-pop bands since debuting in 2005 and recently wrapped up the fourth round of their signature concert tour "SUPER SHOW," which kicked off in November last year.