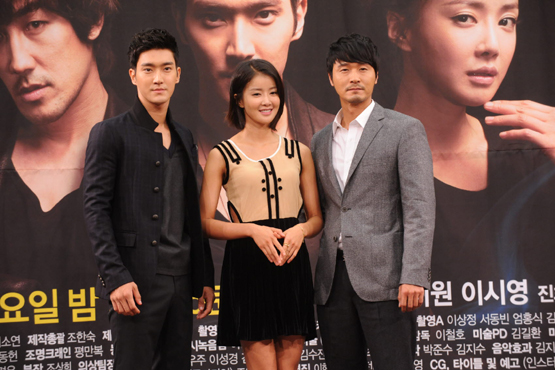 Five-line summary
In 2008, the Korea Coast Guard's investigational team leader Kwon Jung-ryul sets up a secret investigative team to capture Choi Hee-gon, the head of an international criminal organization. However the investigation sees setbacks and the families of officials related to the investigation, including Jung-ryul's wife, get brutally murdered, one by one. When Kim Sun-woo, who was an undercover agent, too loses a colleague due to Choi Hee-gon, the secret investigative team disbands. Three years later, Jung-ryul sets up Coast Guard Investigation 9 (CGI9), a secret investigative team in disguise as a team in charge of unsolved cases, to once again to try to capture Choi Hee-gon. Preview
"Poseidon" is Korea's first drama on the Coast Guard's investigative team on unsolved cases which claims advocate itself as the Korean version of America's "NCIS (Naval Criminal Investigative Service)." That is why it is being made on a blockbuster scale by mobilizing actual equipment such as hovercrafts (amphibian planes), Kamov helicopters (helicopter for multipurpose use due to long hangtime) and surveillance aircrafts and also plans to portray on the professional lives of coast guards in detail. Lee Si-young, playing Lee Soo-yoon who is a sergeant of the CGI9, said she did her best to add to the reality to the show by "learning to swim whenever I could because I'm not a great swimmer but there are scenes where I saves people's lives as well as a coast guard." But "Poseidon" is a project which is not just depending on what viewers will 'see.' Director Yoo Chul-yong emphasized, "I refrained as best I could from focusing on solving cases or shooting nice scenes and plan to fuse each character's pain into the story." Han Jung-soo explained, "Like Oh Min-hyuk will be shown as a character whose perspective on women and how he dates them changes due to the past incident, 'Poseidon' will be a naval blockbuster on the outside but in the end, a drama that wants to talk about people." In the end, it could be said that "Poseidon" is a detailed story of humans within the shell of a blockbuster.

To see, or not to see 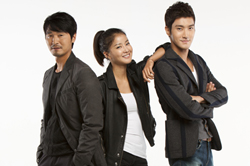 To see?
To fit its nature as being a drama about humans, there will various aspects to the characters of "Poseidon." To start with, Lee Sung-jae said sergeant Kwon Jung-ryul will "usually be humane and warm yet [due to anger] go insane at times" while sergeant Kim Sun-woo will usually be sly but approach the truth with sincerity. And sergeant Oh Yong-gap will look sloppy to the extent he will look like an old man yet will be portrayed as a character with an immense amount of knowledge. On top of this, the comical romantic relationship between the 'innocent macho' Lee Choong-shik and bubbly Hong Ji-ah is expected to add vigor to the drama. Whether these characters are depicted as characters who are attractive enough human beings as Gibbs, Tony or McGee in "NCIS" will be a crucial point to the show's success. 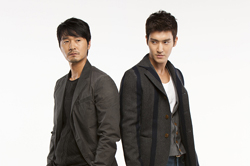 Not to see?
Not many investigative dramas have been made in Korea. Directed by Yoo Chul-yong and starring actress Ko Hyun-jung, MBC's "Hit" in 2007 failed at scoring high ratings despite getting favorable response. And KBS' "Detectives in Trouble" which aired in March, attempted at arranging different incidents in every episode but struggled and ended with a single-digit rating. Hence, "Poseidon," about coast guards, is putting itself to risk from the start by utilizing a subject viewers are much more unfamiliar with. And how much attention will "Poseidon" be able to draw against MBC's historical drama "Gyebaek" and SBS' "The Warrior, Baek Dong-soo" which already have a fixed number of viewers? ※ Any copying, republication or redistribution of 10Asia's content is expressly prohibited without prior consent of 10Asia. Copyright infringement is subject to criminal and civil penalties.