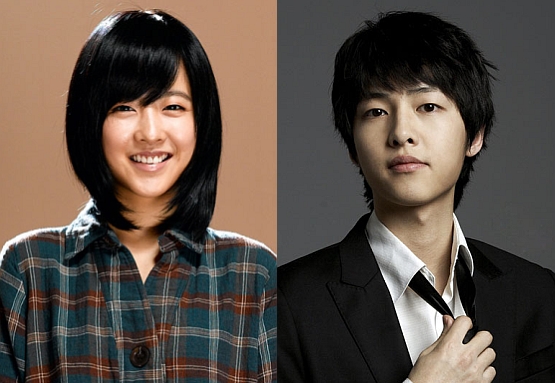 Actors Park Bo-young and Song Joong-ki are likely to be tapped the main characters to an upcoming romantic film, according to the movie's producer on Thursday.

An official with the film named "Wolf Boy" (translated title) told 10Asia over the phone that the two actors are in the final stages of dicussing their appearance in the movie although they have yet to sign a finalized contract on the matter.

The movie, telling of the love between a wolf boy and a girl, will be critically acclaimed director Jo Sung-hee's third feature yet first commercial film.

His debut film "Don't Step Out of the House" won third place in the Cinefondation category of Cannes Film Festival in 2009 and his second pic "End of Animal," starring top actor Park Hae-il, was screened at numerous international film events.

Park, 21, made her acting debut in 1996 and rose to fame after starring in the Korean comedy "Speedy Scandal," which became one of the most-watched films in 2008. Her thriller "Unidentified Video (translated title)," co-starring actor Joo Won, is waiting for a release in theaters.