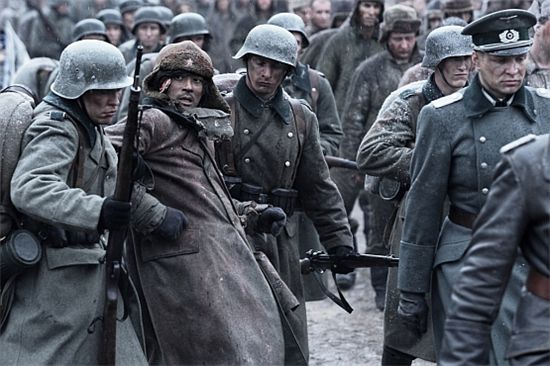 Actor Jang Dong-gun starrer "My Way" has cranked up after eight months of filming, according to the movie's distributor CJ E&M on Friday.

"We felt a humanism that transcends nationalities, just like in the film, during the eight months. We did our best and hope it turns out as a great movie," Jang and Jo were quoted of saying of their experience of working on the film which is now in post-production stages.

"My Way" is a historical film which tells about an Asian soldier (played by Jang) who was captured by the Japanese army and is later turned over to the German Nazis during World War II.

The production is set to open simultaneously in Korea and Japan in December . ※ Any copying, republication or redistribution of 10Asia's content is expressly prohibited without prior consent of 10Asia. Copyright infringement is subject to criminal and civil penalties.