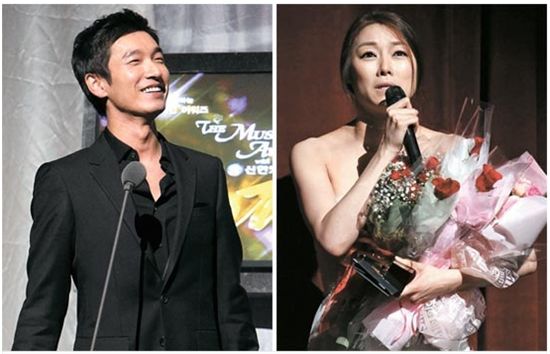 At the 5th annual Musical Awards held yesterday at the Sejong Center for the Performing Arts in Seoul, Cho won the trophy for best performance in a leading role by an actor for his role in "Jekyll & Hyde" and Cha the award for best leading actress for her role in "Seopyonje." "Seopyonje" also scored wins in the categories of best original musical, best director, best drama and best new actress.

Other honorable mentions were "Billy Elliot" which took home a total of four awards and "Pimagol Love Song" and "Namhansansung" both two wins.