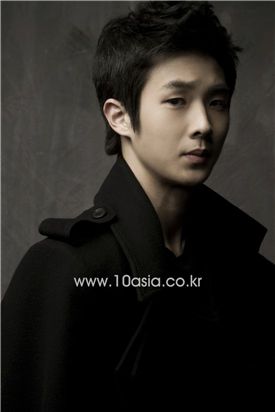 My name is Choi Woo-shik.
I was born on March 26, 1990. My family is composed of my parents and my older brother who is eight years older than me. I was beaten up a lot when I was younger...still I love him. (laugh) I miss my brother because I can't see him often since he lives in Canada.
When I was young, I used to imitate scenes from "Godzilla" and "Batman." I always thought it would be fun to act out roles in them whenever I watched movies and dramas like that and I think that's when I started to want to become an actor.
My family moved to Canada when I was in fifth grade. I stayed there until my junior year in college. I came back to Korea in order to take part in an audition for a drama which was advertised online.
However, I feel that coming to Korea for the audition was actually schemed by my family. I think they felt that since I have studied in Canada, that it would be easier for me to get a good job after going to a good college in Korea. (laugh) They needed an excuse to send me to Korea so I think that is why they gave me permission to go to the audition. I don't think my family actually thought that I was going to become an actor. Nowadays, I know that my parents go around boasting about me to their friends.
I enrolled as a major of cultural studies at Chung-Ang University this year. I put in extra effort to get to know the other freshmen since I am two years older than them. I showed them who I was and their reactions were "Oh my, why is a celebrity acting like that?" (laugh)
I went to the freshmen orientation last week and I feel that the drinking culture in Korea is great. The drinking games are a lot of fun.
The difference between Korea and Canada is that Canada seems fresh and clean because of the forests while the biggest difference is that things are a lot slower there. Korea is a cool place and there are of places to go to have fun but most importantly things move very fast here. It was hard adjusting to the fast pace since I was used to the slowness.
I learned to b-boy when I was in Canada. I felt that I was pretty good at it but I found out what I learned wasn't b-boying. It could have been a close call. I know that I can improve my singing skills if I practice in the way I act but I don't think I would be able to learn how to dance.
I was 174 centimeters tall till my junior year in high school when I had a sudden growth spurt to the point where I got stretch marks on my back. I think I grew because I am kind of dumb and I wasn’t stressed out. (laugh) That is the secret to becoming taller.
The younger actors on MBC's drama "The Duo" don't consider me as their older brother. But I like that and I purposely joked around a lot because I felt if I didn't then things would be hard on set.
I can't add any ad-libs to my lines since I am still a new actor but I work really hard when the director gives me the signal to try them. I received favorable remarks for the scene where I was rolling around in my room thinking about Dong-nyeo. Ah! Also, the scene where I rubbed poop. (laugh) I just threw it around. (Young-hak: Oh, you're a genius!)
I was whipped for the first time ever while shooting the drama. Wow, it is a big deal. I was whipped with a cane about ten times and it could put anyone to their right senses. It really hurt!
I get chills when I monitor my acting. Ah, not chills... What I meant was I get goosebumps. I have a lot of weak points but I feel like I'm doing a good job since I at least don't do acting that makes people cringe.
I was really impressed when I saw Lee Sang-yoon act out the adult character of Gwi-dong because it was exactly how I thought he would be. I feel that we were made for each other. (laugh)
I want to become just like actor Cho Sung-woo because he is an actor who is strong in every way. I feel that a great actor is someone that has many faces and won't focus just on one aspect instead of trying to fill in the areas I'm weak in.
My goal G.P.A for this semester is to get at least 4.1 out of 4.5. (Young-hak: (laugh) You might just get a full scholarship.) Then a 3.5!
The most important thing in life is just to enjoy it! Just enjoy everything as well as work hard at it. If you work hard you get better results. If you don't enjoy yourself you're going to have a hard time surviving in the entertainment industry.