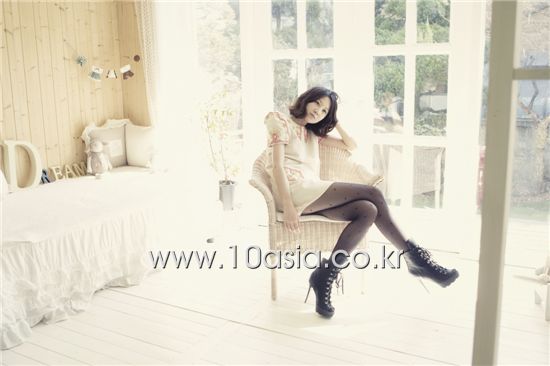 10: Hyun-wook is extreme when it comes to principles and Yoo-kyung does well in giving him advice in ways that won't hurt his feelings. I think you must've had to come up with a lot of the details for your character to show this naturally.
Kong Hyo-jin: The director at first wanted my character to be someone who has a strong fighting spirit. That's why in the first scene that my character appeared, she was singing with a bandana around her head like a rapper. She was someone with a personality so boyish that you wouldn't be able to tell whether she is male or female and she came off as someone who would have the perseverance to succeed no matter how much Hyun-wook tormented her.

10: But in the end, she turned out to be someone who is extremely attractive in a feminine way.
Kong: Because I had wanted to play someone who is very likely to exist somewhere after "Crush and Blush." And the script to "Pasta" was very simple without too much detail regarding my character so I felt that I could do a lot with it. But after I had my first meeting with the director, the scenarist came up with details for Yoo-kyung which all made her seem wild. So I told the director that I'd like to show the feminine side to my character this time and that I'd try to make something out of her if such details were left out. I also didn't want to show people just the wild or determined image people already had of me. 10: I think that's what was unique about Yoo-kyung. She didn't try too much to appeal to men with her femininity yet it's not like it was concealed on purpose. It just felt like you portrayed women as they are in everyday life but I think you must have thought a lot how to go about this.
Kong: I try not to play the same roles. That is why I try to convince producers straight up of the sort of roles I want to play everytime. And I put in a lot of effort in the beginning of the project to show that I didn't make the wrong judgement. The director did say I seemed too feeble at first. (laugh) And he worried over whether I'd be able to stand up to Hyun-wook when he'd always be shouting at me. But I told myself that I wouldn't act it out even if I know how to because I've done it before. I just wanted to show an ordinary girl who is scared enough to cry when Hyun-wook is being scary and be slow at a lot of things. It was after the first two episodes that the director said I should continue portraying Yoo-kyung the way I was. 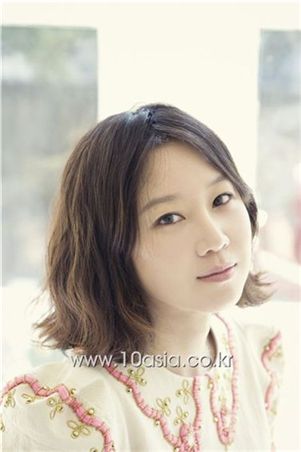 썝蹂몃낫湲 븘씠肄
10: It must've been important that you have good chemistry with Lee Sun-kyun to convince viewers of such details of your character.
Kong: I did think about how I should portray my character but never based solely on her. If I had been stubborn about not wanting my character to seem pitiful, when it is only when my character has become weak enough that she'll draw the emotions from the male actor, there would be no reason for him to act the way he does. He's only overlooking the problems she causes because he feels sorry for her so I can't stop that. It's just that it would've been boring and cliche to play her in the way I had with acting that people are used to in order to explain what sort of person she is in the beginning. That's why I want to become very ordinary people in projects these days.

10: Ordinary people?
Kong: So many different types of people exist in the world these days and they all live in different ways. But if we express something excessively or try to seem too pitiful, it becomes difficult to express the details to each type of character. I want to make new rules to my acting by avoiding going with obvious setups because I think that's the only way I'll improve. So I think the synergy was great between the director, scenarists and actors in "Pasta" in particular and that's why Yoo-kyung turned out to be who she is. 10: I was impressed by how Yoo-kyung revealed her various charms to Hyun-wook by working with him so naturally instead of suddenly turning up all pretty one day.
Kong: What I was very worried about was that I couldn't make Yoo-kyung seem like a troublemaker. She's someone that could've easily made viewers think, 'Who's she to always cause trouble and have the man sort out her mess?' She was always causing all sorts of trouble in the kitchen, then crying about it everyday because she wouldn't know how to deal with it and the chef would let her off the hook which would come off as distasteful to anyone. That's why I kept running about here and there when I was in the kitchen, even in the parts that I didn't have any lines to say. She's skinny so she looks like she would be weak but she would keep trying and try twice as hard as the men to overcome her limitations. The director chased me around for six hours to show that as well, and showed it through single takes as well.

10: That's why I'm curious of the next step that you'll take. Actresses become limited to the roles they can play with age but it seems like you're just increasingly getting better at finding the roles you want to play.
Kong: Up until "Pasta," I think used to believe my strength laid in how I was good at making women think I'm cool or wild. But for the time being, I want to play characters like I did in "Pasta" although of course, I'd make sure there are different things that are charming about her. I think that now, actresses have longer heydays and they have more time than they did in the past. I just think that we need to be better. We have to extend our life as actresses by constantly working hard instead of waiting to make it big by coming across a great project by chance. You need to competent to captivate people. Acting isn't just about working on a good project and a good director. Projects that may have seemed slightly hopeless turn into good projects with good acting and I'd like to become an actress who can be of help to the people who make that project. I'm trying to become an actress liked not only by people who watch my work but also those who make them. I think that's probably how I'd be able to stay in this industry for a long time. (laugh) 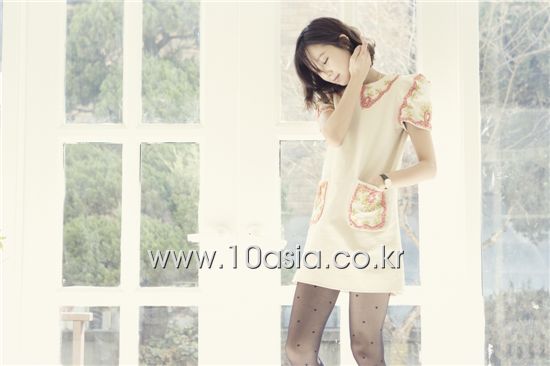 10: How would you like to live your life when you're past your thirties, not as an actress but as a human being.
Kong: Well it may have already started for me but actors have defined characters as actors. For example, that one may seem 'feminine' or 'kind.' But I think I need to push that aside and look for who I really am when I'm back to being my real self. When actors get a set image, they try to magnify that aspect of them as much as they can and push ahead with it in a way that will be most well received by people. That also sometimes makes them worry whether they might mistakenly show their true selves. That's why when they play characters that deviate from their set image, they say things like, "I played a character completely different from me" or "The person you see on screen is just the character." (laugh)

10: So are you not going to do that anymore? (laugh)
Kong: I know that I have the image of being a fashionista who is honest, confident and outspoken. And it's true that I don't deny it nor try to change it. But that's me as an actress. I want to show people who I am as myself. I'm actually more careful and I'm hoping to be someone who can see the entire forest instead of just a single tree. That's why rather than adopting my image as an actor to my actual life, I don't know how this will be accepted, but I want to be someone who is two-faced. (laugh) An actress on the outside but I think what I've written in my book is closest to who I really am. That's what I want people's perception of me to be.