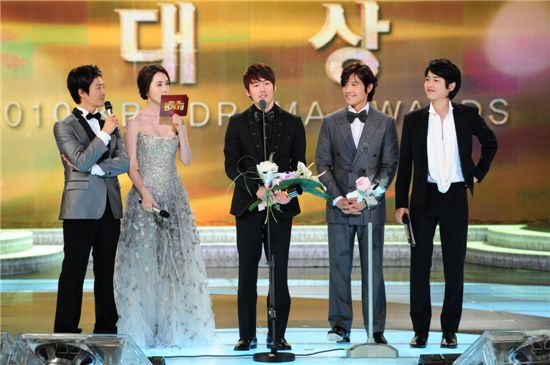 Jang received the grand prize of the year for his role as Dae-gil in the historical series "The Slave Hunters," making it his first award at a year-end ceremony. "My heart is beating really fast right now and I want to thank director Gwak Jeong-hwan, scenarist Chun Sung-il and my co-stars Sung Dong-il, Lee Da-hae and Oh Ji-ho," said Jang in his acceptance speech.

He went on to say, "It's already been 15 years since I started acting and I want to thank everyone at my agency and turn the honor to my parents, my wife and son."