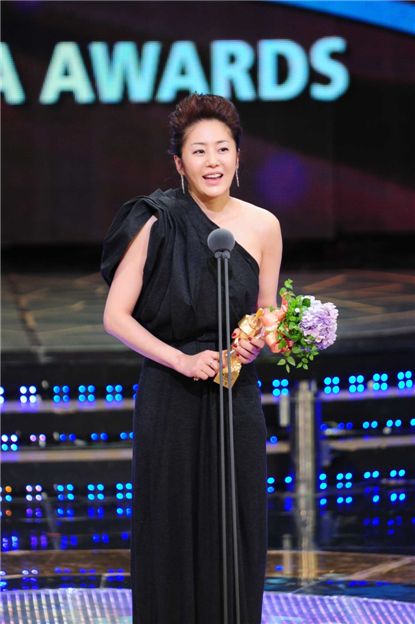 At the SBS Drama Awards held at the SBS Open Hall on Friday, Ko was awarded the top acting honor for her role in "The President" in which she played Seo Hae-rim, about one woman's rise to become the first female president in the country. "I want to thank and send out my love to the audience for watching the show and I will now step out of my character [as the president] and work hard in becoming a better actress. Happy New Year and thank you so much," said Ko in her acceptance speech.