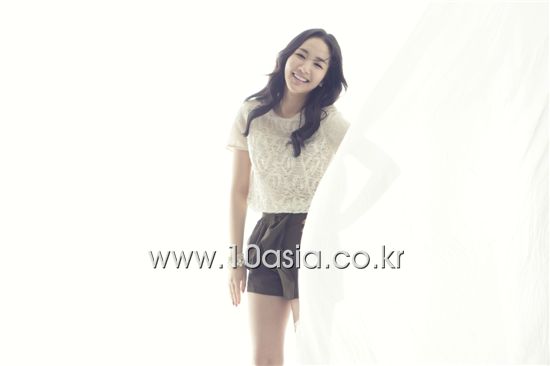 10: As happy as you were with your character, I'm sure there was a point where the role actually became comfortable for you.
Park Min-young: From the third or fourth episode? That's when the acting became easier. I was still a bit lost during the first two episodes or so because I hadn't fully digested my role so I had to put in a conscious effort to control the tone of my voice or emotions but I started feeling comfortable after that. And the director and writer left a lot up to me to decide so I increasingly felt comfortable. Then at certain scenes, for example, where I realize that my father was reading to me instead of my brother, I immersed myself into the role to an uncontrollable point.

10: So that may be why but it seems like the Park Min-young we know has improved a lot as an actress as well. For example, it didn't seem like you cowered in the scene with veteran actor Kim Kap-soo.
Park: Mr. Kim Kap-soo wasn't the godly senior actor I usually see him as when we shot that scene but just the high-ranking government official that he is in the drama. And Yoon-hee was someone who is always sure of herself. Mr. Kim Kap-soo is also just such a cheerful person. So for that scene, we'd glare at each other while drinking tea when the camera is rolling but as soon as it stops, he'd say, "Okay, let's one-shot this." (laugh) And then he'd really wait until I one-shot the hot tea. So it wasn't what I used to say but these days, when I'm asked who is closest to my ideal man of the 'Jalgeum Foursome,' I'll instead answer that it's Mr. Kim. (laugh) I didn't have to cower or feel uncomfortable because that's the sort of atmosphere we filmed the drama in. 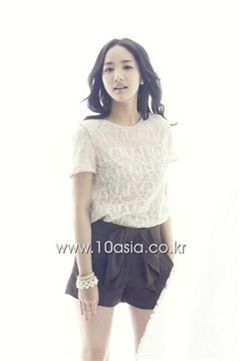 10: So you had a lot of fun working on the drama, you did some acting that even you yourself are convinced of, and was loved by viewers. And thanks to that, you said you were able to overcome certain obstacles -- what are they?
Park: For me they are... several things. You need to have a certain amount of popularity or be recognized by people to an extent to play the roles you want but I lacked in that aspect so there were problems that stemmed from that. At the same time, it's a result of my own laziness and conceitedness so I couldn't blame anyone else for it. I learned the lesson that if I were to go back to those times, I would not make the same choices but back then, I felt lost. I knew in which direction I should go but was scared whether I'd be able to. So it was from Yoon-hee that I acquired the courage to give things another shot. Ultimately, Yoon-hee was in the same state as I was, constantly having to overcome one obstacle after another. And I believe that anyone in their twenties would fully relate to her position. Us people in our twenties have yet to become complete beings. And because of that, we will have to go through much trial and error and think about whether to compromise with reality or charge forward with achieving our dreams.

10: Like you say, going through trial and error and getting met with crises is something that everyone in their twenties experiences. What's important is whether you lose your courage or not.
Park: It was probably the gloomiest period of my life during which I had lost confidence and depressed. I hadn't felt that way even during puberty. It was a time that I spent worrying over the most basic questions such as whether I'm walking the right path. That's how psychologically devastated I was.

10: Was that around the time your SBS TV series "Princess Ja Myung Go" ended its run?
Park: After it. There's actually a lot I gained through "Princess Ja Myung Go." It was the first time I acted in a close-to traditional drama after having mostly played the role of a bubbly or coy high school student. And that's why it took a long time for me to prepare for it. My tone of voice or pronunciation had worked as advantages to my roles as a high school student but as obvious shortcomings for a historical drama so I had to work on strengthening my voice and wording. I also practiced the traditional pansori for a long time and on my pronunciation like anchorwomen do. So I may have had a tough time with the drama psychologically because I shot it for six months after going through such training but I learned a lot in terms of acting. I think I was presented with the large gift of getting to play Yoon-hee because of my experience with "Princess Ja Myung Go." It's just that I was shocked back then because more people turned their back on the drama than I expected and I wondered whether it was my fault. I don't know... I won't go back to being stupid and think that my next project will do well just because this one [SungKyunKwan Scandal] did. 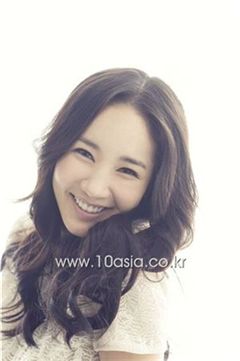 10: So that's the way you thought back then?
Park: I had been quite lucky then. None of my work had been failures up till that point. "I Am Sam" may have seen low ratings but I got to play the main female character although it was only my second project and even received an award for it. Everyone was also always praising me about how pretty I am. Then I appeared in "Korean Ghost Stories: Gumiho" which was a single-episode drama but it saw ratings of 21 percent. That's why I think I naturally came to presume that "Princess Ja Myung Go" would do well too so I was even more shocked when it didn't. It wouldn't have affected me as much if I had been ready for it somewhat but it hit me harder because I wasn't. So I did have a bit of a hard time back then but I settled with the fact that I at least got to work on a good project with good people. The problem started after that. A few projects got flopped after "Princess Ja Myung Go" and it distressed me greatly. I thought I had nothing to lose since "Princess Ja Myung Go" was not popular but I started thinking maybe there was. Things kept happening to the projects I really wanted to work on so I became increasingly dispirted which led me to doubt myself and think 'Can I really do this?' Then I moved agencies and a lot of things changed, so I told myself I'd start on a clean slate and took on drama "Running, Gu." It was after I was convinced that I was okay with starting all over again and I would have no expectations. I just wanted to gain good experience and really did not expect the show to see high ratings since it was meant to fill in empty time. Thanks to that, I had fun filming it and while I warmed up like that, I was handed the script for "SungKyunKwan Scandal" and got the part for Yoon-hee through the final audition. Since I had no expectations, the acting was fun and my mind became abundant enough to bear through the physical exhaustion I felt from the filming. That's why I can now say confidently that I've become as strong as Yoon-hee.