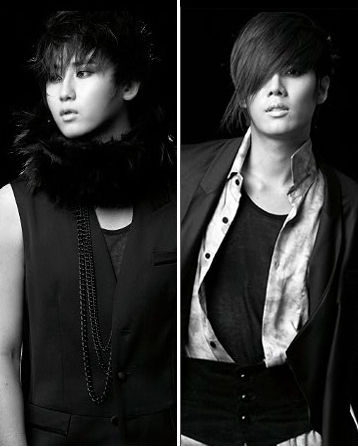 "The two members have been good friends with Lee and Kim and Heo will sign the finalized contract later today," an official from B2M Entertainment said, adding they are still discussing on whether to pursue solo careers or perform as a duo. Meanwhile, the official stated that the two idol singers will maintain a close relationship with the other members of SS501.

Leader Kim Hyun-joong has signed with KEYEAST, Park Jung-min with CNR Media and Kim Hyung-joon with S-Plus Entertainment when the group's contract with DSP Media expired in June.

SS501 has been one of the most popular boy bands in Korea and in the Asian region since their debut in 2005. They have released various hit songs such as "Snow Prince," "U R Man" and "Love Ya."