INFINITE to cool off fans at summer concert next month 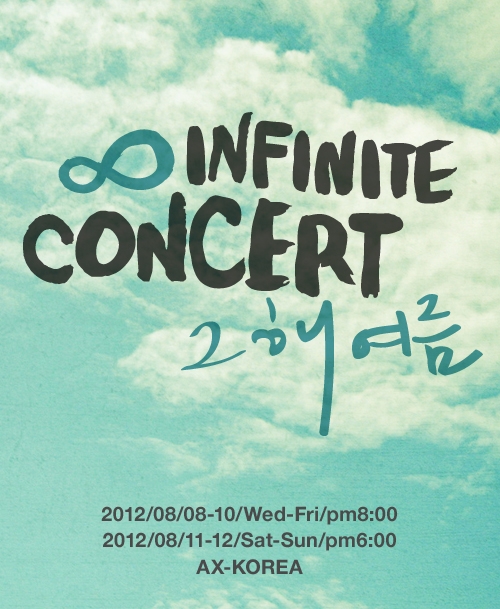 After performing before thousands of fans at their sold-out concerts in Korea early this year, K-pop idols INFINITE will be cooling off the summer heat at their forthcoming concert next month.

INFINITE will stage a series of shows under the title "INFINITE CONCERT That Summer," at AX-KOREA in Seoul from August 8 to 12, Woollim Entertainment said in a press release Thursday that The agency explained that the boys will show their powerful dance moves to newly arranged versions of their hit songs, and prepare a talk session with fans.

"We wanted a venue where we could be closer to our fans, so we've chose to perform at a smaller concert hall this time," INFINITE members were quoted as saying.

INFINITE -- composed of Sung-kyu, Dong-woo, Woo-hyun, L, Sung-yeol, Hoya and Sung-jong -- broke into the K-pop scene with the first album, "First Invasion," in 2010.

The "The Chaser" singers' popularity have been flying high, and have recently been added to the lineup of Japan's annual music festival, Summer Sonic.