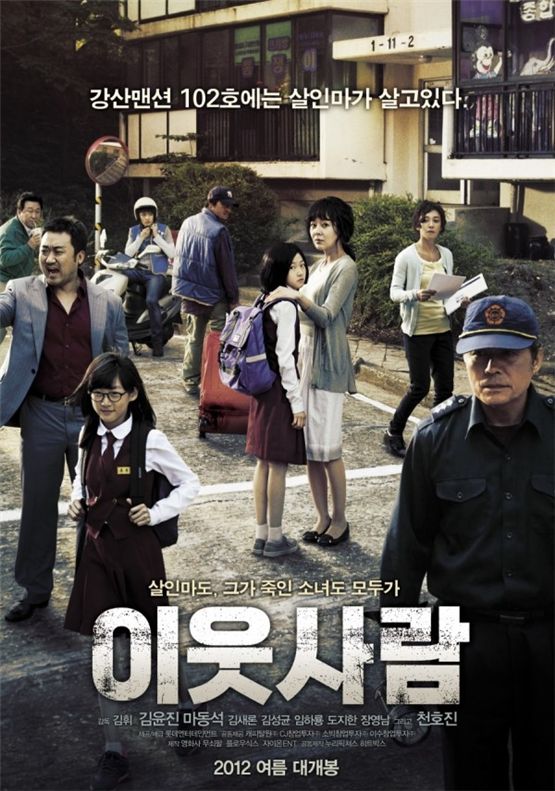 썝蹂몃낫湲 븘씠肄
A suspense thriller featuring top star Kim Yun-jin and teenage actress Kim Sae-ron will be opening in local theaters next month, according to the pic's promoter Lotte Entertainment.

Lotte said through a press release on Thursday that the two actresses' new movie "Neighbor" will be released on July 19. Helmed by director Kim Whee, "Neighbor" is set in a small apartment building where Kyung-hee (played by Kim Yun-jin) and her daughter Yeo-sun (Kim Sae-ron) live.

On the day when Kyung-hee could not pick up her daughter due to getting into a car accident, Yeo-sun gets kidnapped and later found murdered.

The incident leaves Kyung-hee suffers from the deepest wound from which it will never recover, Kyung-hee begins to get suspicious about the man living next door after she witnesses some questionable events. As other murder cases begins to occur every ten days after Yeo-sun gets murdered, Kyung-hee tries to prevent further loss in the town by hunting down the alleged serial killer.

Kim, who grew up in Staten Island, New York, rose to fame with Korea's first blockbuster film "Swiri" in 1999.

In 2004, she became the first South Korean actress to get a breakthrough in Hollywood after being cast as one of the main characters in the Emmy Award-winning TV series "Lost" on ABC.