[INTERVIEW] Bae Suzy : I really don't want to look weak in front of other people. Never. 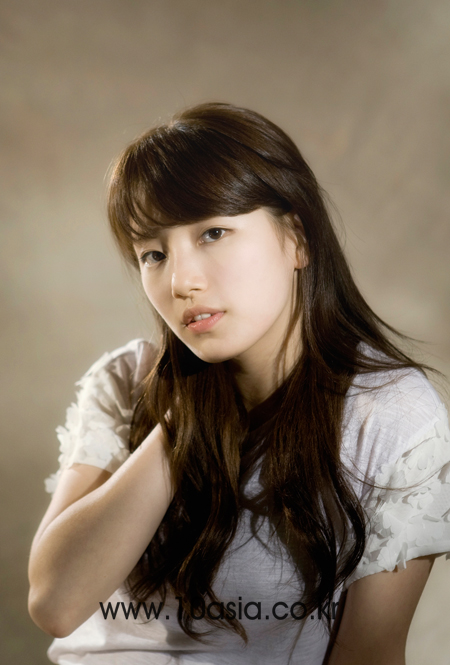 썝蹂몃낫湲 븘씠肄
"I was surprised by the outstanding editing technology in the movie. Oh, the power of editing!”

Suzy, who had experienced shooting a tightly-scheduled drama that was nearly a live show, was happy with a lose schedule when shooting the film. “You can’t take too much time filming a scene when it’s a drama, because it needs to be aired that evening. Even if I don’t like my acting, I need to go over to work on the next scene. But for movies, I was glad that there was more time (to work on details). You take a scene, go over to the monitor to look at it and repeat the same process over and over again. I could try doing a different version after discussing my acting with the director. I do it my way first and do what director Lee told me to. He told me that I was getting better in the process." Presenting the audience with the scene you are satisfied with is possible only in movies. Not just the production process, but when watching the final version of the movie, it was inevitable for her to be drawn into the movie, again. “There were many parts where I thought I could have done better, but Lee had covered it up well with the power of computer editing. I was really shocked. Oh, the power of editing!” Being part of a generation that uses a keyboard and smart phone, rather than a paper and pencil, Suzy says she likes hand-written letters. She writes journals everyday and already, she is finished with writing a thick notebook filled with short memos that lists her self-reflections. "I have been so busy these days that sometimes I just fall asleep without erasing my makeup. So I haven't been able to write my journal lately. It's crazy! I should've wrote it! Whenever I regret doing something, I go home and write in my diary that I should never do it again. I'm quite proud of myself whenever I go through what I wrote there (laugh)." If her journal is a letter to herself, the hand-written cards she sent to the movie staffs on a special day are her gifts to others. "I like writing letters to people. We had a shooting schedule for 'Introduction to Architecture' on Christmas day, and I felt bad because people had to work on a holiday and they might be lonely. So I've been thinking for a few days about what I can do for those people. Giving presents for everyone was a bit too much, so I decided to do something little without giving anyone a burden. So I went to go buy small Christmas cards with my mom. At first, I thought there were about 20 to 30 people on the set, but when I asked my manager to send me the staff list, he said there were 60 people! What?!!!! The cards were much more expensive than I thought (laugh). I picked out all 60 cards myself and I wrote to the 60 people on the list..I wrote little by little every night before going to sleep. I was tired but it was worth it because everyone really liked them."

"I really don't want to look weak in front of other people. Never."

Suzy said she did not watch many melodramatic films before, but in order to prepare herself for "Introduction to Architecture," she started watching romance movies. When asked which one was her favorite, she answered that it was "Christmas in August" without any hesitation. "I don't usually like sad movies but I watched 'Christmas in August' several times. I like to cry over something small and I would like to play in a sad movie that makes me cry like that someday." The tears she shed on MBC's "Come and Play" the other day was unexpected for that reason. She has lots of tears she is holding them back but she was a tough girl who does not like crying in front of others. "People around me might think that I don't cry because I usually cry alone. I don't want to cry in front of others. I feel that I'm crying more often as I'm getting older, but I never want to look weak in front of other people. Never (laugh). But I don't want others to see me as a literally tough person, but someone who tries to look tough. I mean, I try not to let others notice the pains I go through, but it'd be good if someone knows about it at least. I'm expecting too much from people, right? (laugh) The biggest expectations I have on people around me is, I want them to feel that I have a positive and happy energy. And because I am working (in this business), I want to make them think that they want to work with me." ※ Any copying, republication or redistribution of 10Asia's content is expressly prohibited without prior consent of 10Asia. Copyright infringement is subject to criminal and civil penalties.