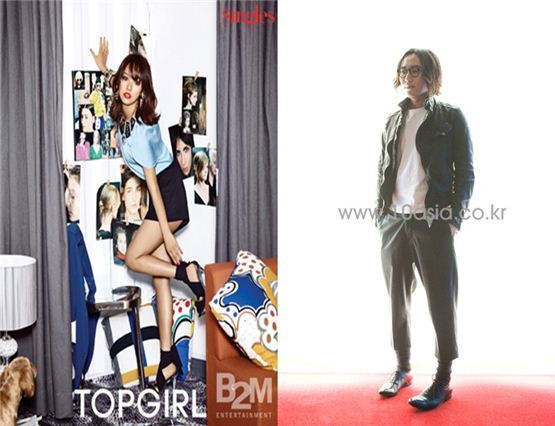 A PR official with SBS told 10Asia over the phone on Friday that Lee and Jung will co-host "Lee Hyori and Jung Jae-hyung's You and I" (translated title) set to premiere at midnight on February 26. This will not be the first time that the two, also close friends, will be hosting a program. Just last year they were joint emcees for MBC's annual college singing contest.

Lee, 32, has been one of the most widely recognized female celebrities in the Korean entertainment scene since her debut as a member of girl group Fin.K.L. in 1998.

She currently pursues a solo singing career and has made both appearances and hosted a number of entertainment shows. Jung, 42, made his debut as a member of group Basis in 1995 and since last year, has been a popular figure on entertainment shows as well.