4minute rocks the stage in Japan for second concert 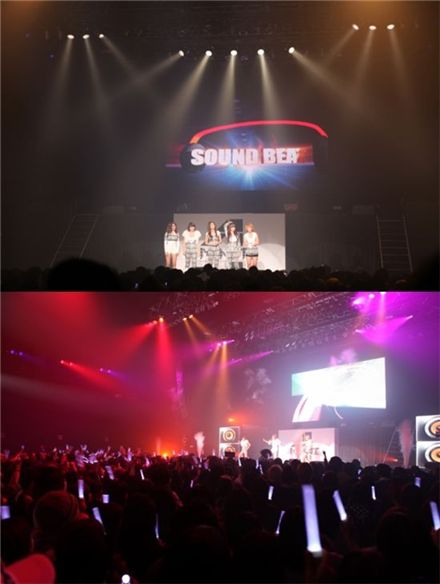 Korean female idols 4minute held their second concert in Japan over the weekend, attracting thousands of fans to their performance.

Cube Entertainment announced in a press release on Monday that the girls took the stage at the Zepp Tokyo in front of some 4,000 fans for their concert titled "4Minute LIVE Energy Vol. 2 DIAMOND" on December 4. The girls opened the show with the Japanese version of their hit song "MUZIK" followed by "HUH" and "I My Me Mine."

"This concert was a lot more wild than any of our other shows have been. We feel that we have shown our best and felt comfortable since it was our second concert," the members of 4minute were quoted as saying. The quintet also took to the stage at the Dojima Hall in Osaka the following day.

Known as one of most the popular girl groups in the country, 4minute made their debut in 2009 with their hit sing "Hot Issue."

They are also one of the first Korean girl groups to branch out into the Japanese music scene with their first single "MUZIK" and have been promoting their latest release "First."