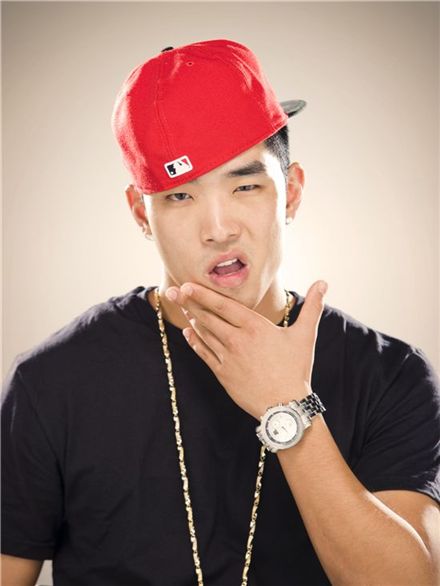 Just a day after actor Kim Sung-min made headlines with news that he was arrested on charges of possessing and using methamphetamine, singer Crown J too was taken into custody for drug use -- on his account, for smoking marijuana.

A report by major public network SBS reported through its eight o'clock news on Sunday that police arrested the 31-year-old hip-hop artist upon his arrival at Incheon International Airport in Korea on December 2. Police said they received confirmation that Crown J, whose real name is Kim Kei-hoon, had habitually smoked the illegal drug back at his home in the U.S. where he had stayed at since May.

Crown J, who debuted in Korea in 2006, gained popularity the following year after releasing his song "I Will Take Her Away" combined with his appearance in make-believe reality show "We Got Married" where he played the husband of solo songstress Seo In-young.

Under South Korean law, marijuana users can be sentenced to a maximum of five years in jail or fined up to 50 million won, approximately 33,300 dollars. Last year, singing duo Duke member Kim Ji-hoon was handed a suspended 10-month jail term with a fine of 130,000 won for taking ecstasy and smoking marijuana.

Meanwhile, reports said that Kim Sung-min, from the "What Makes a Man" segment of variety show "Happy Sunday," was arrested on December 3 on charges of using methamphetamine which he reportedly also confessed to have smuggled in from overseas.

"I'm sorry. To everyone who will be disappointed and hurt because of me, to my family and everyone I love..." he wrote on his Twitter account the following day.