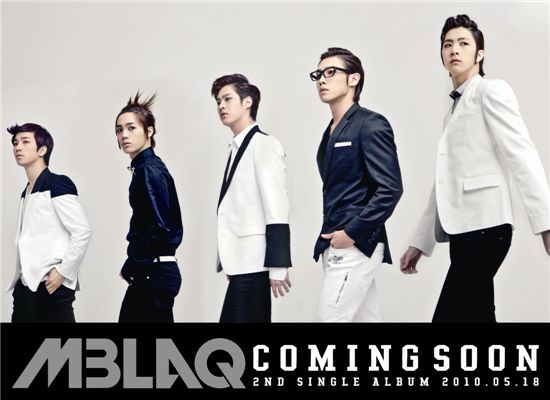 Members of MBLAQ on the cover of their second single [J.Tune Camp]

K-pop boy group MBLAQ will release a teaser clip of the music video for their new single today, according to their agency J.Tune Entertainment on Thursday.

J.Tune announced through a press release that the teaser for the boys' second single, due out May 18, will be unveiled on multimedia player GomTV at 1 p.m. "The video will be in the format of a drama in which MBLAQ member Lee Joon will display his acting skills," J.Tune explained.

MBLAQ (Music Boys Live in Absolute Quality), also composed of members Seungho, G.O, Chun-dung and Mir, made their debut in 2009 with their debut single album "Just BLAQ." The five-member boy band was discovered and trained by Rain under his label J.Tune.