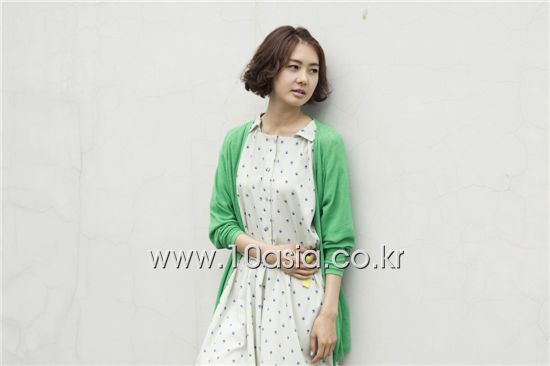 10: The first acting role you got noticed for was KBS TV series "Blue Mist." And it was a conventional drama starring many actors your senior. Was that an experience that helped you a lot?
Lee Yo-won: I think I learned the basics to acting through that and movie "Take Care of My Cat." I had told the director that I'm not sure of what I'm doing while acting the role of someone who's in love with someone much older because it's something I hadn't experienced before and the director told me that it's only natural. So I learned a lot while trying to understand those emotions. It's actors' jobs to try to feel something that is at least similar to what their characters feel -- if they don't, what they do really just ends up becoming acting.

10: Were you not afraid of choosing the projects you'd take on from the moment you debuted? It couldn't have been easy choosing to do "Blue Mist" when you're in your twenties.
Lee: I just really wanted to work a lot and hard back then. And when I first debuted, I had to choose from the roles I'd been handed rather than being able to pick what I'd want to do but it felt like I should take on every role I'd been given. I didn't want to give them to anyone else. I think it's because I suddenly got the opportunity to do a lot of things.

10: What elements draw you in when choosing a project?
Lee: People usually say that the character, story and director have to be in harmony and I think that's the case for me as well. Of those, I take the character into most consideration.

10: Actors usually can't help but dwell on their popularity or the success of the projects they take on, yet from a certain point on, it seems that you don't pay attention to such things and just play the roles that you want to.
Lee: I think I've always been like that. Ratings and admission... I've just been lucky with those. I don't think I've ever taken on a drama after trying to predict what it's ratings will be from reading the script.

10: And how has that been possible?
Lee: I think it's because I didn't start my career with a commercial project. Since I was young, I had learned why certain scenes are needed and why certain movements are necessary. Also, times flies by quickly which means I'll age quickly as well so I told myself that I'd find what I can do immediately and have fun with it rather than wait to become popular or successful. 10: But none of your projects have been easy. You faced controversy over your acting in SBS' "Fashion 70's" and you were the main character in MBC's "Queen Seon-deok" but actress Ko Hyun-jung received more attention for her powerful character Mi-shil that you weren't exactly in the situation to focus on just your role.
Lee: I tried not to get affected by such things but it was impossible not to at all. Actors' jobs are about playing with emotions so no matter how hard I told myself "Not me, not me," I couldn't help but waver at comments people wrote on the Internet about me because those got to my emotions. I did get used to it over time. 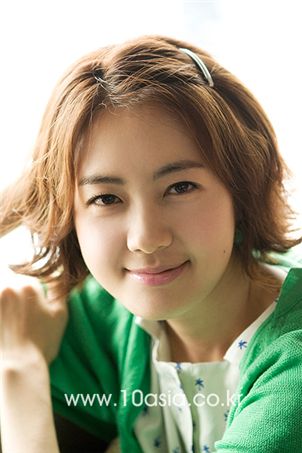 10: Maybe that's why I got the impression that you were at more ease this time.
Lee: I was at ease and did everything that I wanted to.

10: Do you think things turned out the way you wanted them to?
Lee: I'm satisfied except for the few scenes that I was feeling very tired when filming but it's something that can't be solved by man power. (laugh) However, I was surprised at my own gaze. To think that I finally do such acting as well, that I'm slowly improving. I was very happy.

10: Don't you need to be sure of yourself to have strong convictions from the moment you start acting?
Lee: I had realized the path I should take from when I was young. I was already sure of myself back then.

10: Aren't you disappointed in any way about having figured that out at such an early age?
Lee: Half and half. I'm glad I have but also think I may have tried my hand at a lot of other things if that certainty had come at a later time.

10: Then what is it that you ultimately want to show as an actress?
Lee: I'm just hoping to open people's hearts by watching my movie. Just having people relate to the characters I play is worthwhile.

10: Is there anything you want to enhance about yourself then to get more people to relate to you?
Lee: Emotions. It's most important for one to play roles that will suit his or her age and I'm at the age that I need to show acting that has depth. What I can't experience directly, I should at least experience indirectly by reading books and meeting a lot of people. I think that's what is most important.