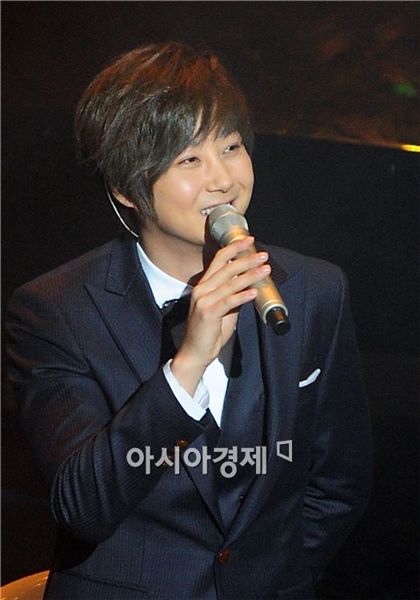 Korean singer Shin Hye-sung made his return to the local stage over the weekend, performing in front of 1,300 fans during his solo concert.

He kicked off the concert titled "Close To You" with the song of the same name by the Carpenters held at the AX-Korea in Seoul on November 4, where fans from Malaysia, Thailand and Japan came to see his show. "I have always wanted to stand on a stage that felt like a small theater so I can feel closer to my fans," Shin explained on why he chose a smaller concert hall, jokingly adding "Also, I thought that fans might have forgotten about me because of my absence."

He continued the show with his rendition of girl group 2NE1's song "I Don't Care" followed by the title track "Same Thought" from his first solo album “五.月.之.戀” and covers of singer Kim C's "Confession" and the late Michael Jackson's tune "Beat It."

Shin also revealed his upcoming fourth full-length album's title track whose title is translated into "Think About It," which will be released in January of next year. Born Jung Pil-kyo, Shin Hye-sung made his debut as one of the main vocalist for the popular boy band Shinhwa in 1998.

He began his solo singing career in May 2005 and branched out into the Japanese music market with his albums "Find Voice in Song" and "Shin Hye Sung Collection 2010."