Jang Hyuk to promote "The Slave Hunters" in Japan 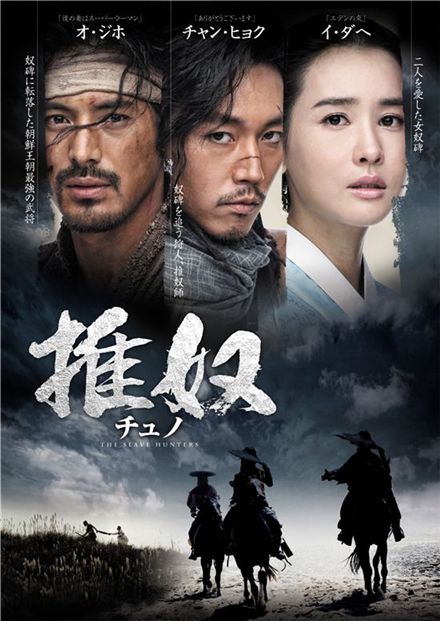 썝蹂몃낫湲 븘씠肄
Korean actor Jang Hyuk flew into Japan yesterday to begin promoting hit television series "The Slave Hunters" in the country, according to his agency Sidus HQ on Monday.

Sidus HQ announced in a press release that Jang, as well as co-stars Oh Ji-ho and actress Lee Da-hae, will meet with 50 local media outlets for a press conference held at the Shinjuku Station Square in Tokyo today. Jang will then attend a fan meeting attended by about 800 fans at the Yamano Hall to speak about the show as well as hold a hand shaking session.

"The Slave Hunters" made its premiere in Japan on satellite TV channel so-net in April and will begin its run for the second time on cable channel Mnet Japan on November 1. The DVD for the show will go on sale on October 22.

The historical drama, which aired in Korea earlier this year, is about the world of slave hunters during the Chosun Dynasty. A slave hunter named Dae-gil (Jang) attempts to track down a runaway slave Tae-ha (Oh) as well as finding the woman he loves (Lee).