※ explorer 11, Microsoft 엣지 44 이상의 버전에서 이용 가능합니다.
인쇄하기 스크랩 RSS
폰트축소 폰트확대
10: So after so much studying about megalomaniacs, what do you think is the line that separates a 'normal man' from a megalomaniac?
Hyun: It's just a matter of seriousness. Everyone is mad in some sense. I think it's all about figuring out for what and to what extent a person is mad.

10: Then, do you think you've 'gone too far' compared with others? (laugh)
Hyun: Well, I don't think I've gone that far. (laugh) 10: It seems people would call you a workaholic.
Hyun: No, this is a special situation. In the early days of my acting career, I used to take breaks for almost 6 months after finishing a drama or film despite having nothing to rely on.

10: You've received a lot of attention since your debut and have continued to see success. What were your thoughts when you first started acting?
Hyun: I started doing plays in high school and continued to do theater in college when somebody asked me to go to an audition and I got signed on for a role. I took a leave from school and did a movie. At the time, I just thought I was acting in front of a camera instead of on a stage. Like I had just found a new space for acting. I would have continued to feel that way if my movies did well, but it got flopped when we were about 60 percent into shooting so I started getting more ambitious. I was on a leave from school, working hard, and I didn’t want to go back to school just like that. So I started preparing for this industry. I also wanted to be compensated for all the time I spent away from school. (laugh) Honestly, it was different from theater but fun in its own way. I started thinking that I wanted to give it a real shot.

10: You sound like you want to be in control of your career, as if you're saying “I will be the one who decides when I'll retire.”
Hyun: If I didn’t want it for myself, I would have just given up. (laugh) But I met some good people at the time and I was able to continue working. I’m always grateful that I’ve been blessed with good people around me. 10: To have good people around you, they have to like you first.
Hyun: They made me like them. I’m not the type of person who says things like, “I love you”. (laugh) But I will call them and ask them how they’re doing every now and then. I don’t go out and hang out with certain groups of people, I just keep in touch with people that I have worked with.

10: What do you do in your free time after you've finished a project?
Hyun: I get rid of everything from my previous role. I only look at things for my next role after I’ve gotten rid of the things related to my previous role. I feel like I’m not giving it my all when I pay attention to other things, even just for a few days, so I try not to look at other projects or shoot commercials when I’m working on something. I sometimes I get into trouble because of that. (laugh) When I finish a project, I do things that I didn’t have time to do and when my next project has been set, I prepare for it. If I need to exercise, I exercise. If I need to play the piano, I play the piano.

10: When you say you “get rid of things”, it feels like you’re not using the things you’ve gained from the experience or naturally have in your talent. You have your good looks, but you neither try to discourage it nor flaunt it.
Hyun: To be honest, I’m not conscious about it. If there is anything that I do for my appearance, it is that I try to watch my weight a little. You might find this hard to believe but I weighed 80 kilograms on the first episode of “My Name Is Kim Sam Soon”. I usually lose about 4.5 kgs by the time I finish a project, so I start off with a little extra weight. Then I’ll weigh 76 kgs even if I lose some weight. (laugh) Other than that, I balance my muscle mass according to the circumstances. If there is a scene I need to work-out for, then I'll get rid of body fat and fill the body weight with muscle. But in case of “The World That They Live In”, I felt that a television drama director wouldn’t have time to go to the gym, so I didn’t work out at all. 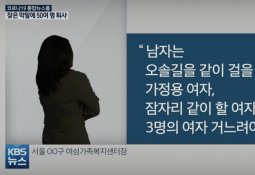